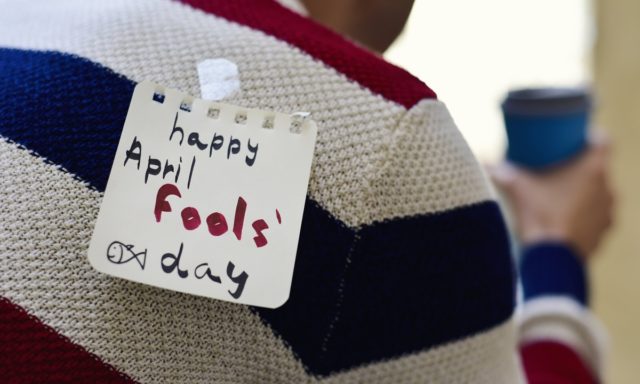 The first day of the new month began with loads of April Jokes, especially the crypto community who have been notorious for pulling some of the most brilliantly disguised Jokes which many fall for every year. Last year the buzz was mostly around Bitcoin ETF, so the most talked about jokes came around Bitcoin ETF approvals. This year however there were too many well-disguised jokes that began with Ripple’s ongoing lawsuit against the SEC.

BREAKING NEWS: #Ripple settles their lawsuit with the SEC for 5 billion #XRP

The April Fool joke was heavily circulated in the Asian markets claiming SEC has settled the case against Ripple with $100 million in fines and restriction on trading. The fine value kept changing from people to people.

The second most talked about Joke came from the Litecoin founder Charlie Lee himself who claimed that Litecoin would be re-named to Bitcoin Lite. He went onto claim that the move was inspired by the Bitcoin White Paper written by Satoshi Nakamoto himself.

Litecoin is rebranding to BitcoinLite!https://t.co/ScDeF3hf97

The next big April Fool Joke came from Circle Pay co-founder and CEO Jeremy Allaire who claimed that the US Federal Reserve and US Treasury Reserve have mutually decided to adopt USDC as the new Dollar Digital Currency standard.

In other news, the Indian online marketplace Flipkart also took the opportunity to claim it would start offering a Bitcoin payment option on their platform for now. Many western crypto influencers including Pomp fell for the joke and shared it as another great step towards bitcoin adoption.

The largest e-commerce store in India is now accepting bitcoin.

Filecoin, the decentralized cloud storage protocol which was recently added to the Grayscale trust has risen by nearly 300% over the past week making its market value greater than AWS. The sharp price rise post-double-spend FUD has made it one of the fastest-growing altcoins even making it to the top 10 cryptocurrencies by market cap.

AWS is valued higher than $FIL.

April fools! It's not

Peter Schiff Says He is a Bitcoin Believer Now

Peter Schiff, the avid gold proponent and someone who loves to claim Bitcoin is a bubble even now. Schiff’s April Fool joke was based around believing in Bitcoin.

April Fool. Since my tweet didn't specify what about #Bitcoin I got wrong, it wasn't really a prank. I didn't think the bubble would get this big or that so many otherwise smart people would be foolish enough to buy it. So I was wrong about that, but right about everything else!