This is why Mark Cuban thinks Ethereum is a “true currency” 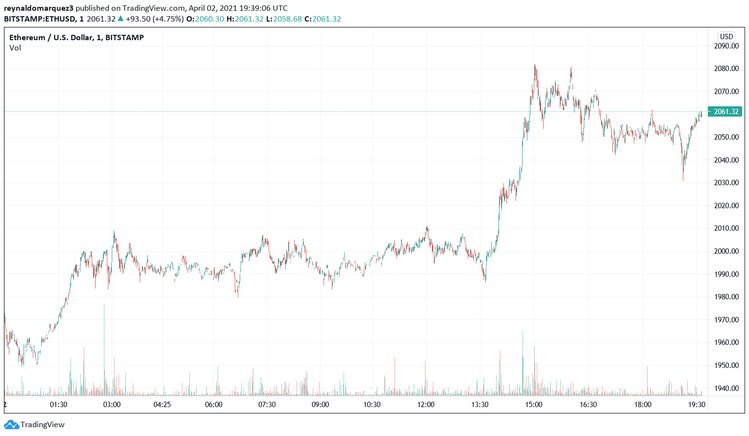 In an interview for The Delphi Podcast, billionaire Mark Cuban talked about his experience with cryptocurrencies, the current state of the market, and the reasons behind his bullish perception of Bitcoin and Ethereum. For Cuban, cryptocurrencies and their applications are the next evolution of the internet.

Claiming that Bitcoin has “taken money away” from gold and “will continue to do so,” the billionaire separated the applications between one cryptocurrency and the other. For Cuban, the “most exciting” part about the crypto space is the emergence of decentralization and decentralized finance.

In that sense, he sees Ethereum as being much more comparable to the rise of the internet and its multiple use cases. Cuban stated:

When the Internet started to happen, you started seeing all these applications that could disrupt things that happened in the analog world (…). Now, you look at what’s happening and you saw smart contracts come along and (…) the fact that they’re decentralized, that’s what changed the game.

The entrepreneur believes that, over the past 25 years, internet costs have been reduced to the point where users can enjoy certain services, such as e-mail storage, free of charge. Combined with “decentralization, governance” and smart contracts, Internet applications have increased massively.

What has changed about Bitcoin and Ethereum?

Although Cuban was aware of the use cases for Bitcoin as far back as 2012, the entrepreneur felt that its limitations were going to prevent it from “working out”. However, he stressed again that its best application is as a store of value. On this idea, he claims has “always been positive.” Cuban stated:

(In 2012) people said bitcoin is a currency, and (I thought) ‘It’s just not going to work.’ But, the entire time, I said it was a store of value where, if you could get people to believe that it was a better alternative than gold, because of its algorithmic scarcity, the price is going to go up.

His full entry down the “rabbit hole” began when he had exposure to NFTs in January of this year. From there, he jumped to smart contracts, to the “ease of programming” with Solidity, which he described as a “game-changer.”

Another characteristic that cryptocurrencies share with internet companies in their early days is that, according to the entrepreneur, people have been unable to understand the value of this new asset class. In Cuban’s portfolio, the allocation on cryptocurrency stands at 60% Bitcoin, 30% Ethereum, and 10% for other tokens. Cuban regrets not entering the crypto market earlier:

I have a lot of Ethereum as well. I wish I had bought it sooner, but I started buying it four years ago, simply because I think it’s the closest we have to a true currency (…). The one difference (between crypto and stock market) I can look at the volume of a stock, but I get so much more transparent data with blockchain and tokens.