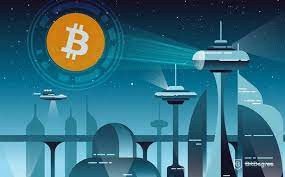 In the development of the internet, one can point to landmark events that can be used to divide the process into stages. Among these important landmarks are the creation of the first wide-area computer networks in the 1960s, the development of an electronic mail system in the 1970s, the creation of ethernet later in that decade, the launching of the worldwide web in the 1990s, and the creation of the first browsers and search engines later in that decade, among others. Following each of these hallmark developments, the internet changed dramatically. Each step was pivotal in creating the internet that we know and rely on today.

While the ideas that would go into the blockchain were swirling around in computer science communities, it was the pseudonymous developer of Bitcoin, Satoshi Nakamoto, who outlined the blockchain as we know it in the white paper for BTC. In this way, blockchain technology began with the Bitcoin network. While blockchain has since gone on to see use in a huge variety of other areas, in some sense, it was designed especially for this digital currency and for advancing the goals of digital currencies more broadly.

In the earliest stages, blockchain set up the basic premise of a shared public ledger that supports a cryptocurrency network. Satoshi’s idea of blockchain makes use of 1 megabyte (MB) blocks of information on bitcoin transactions. Blocks are linked together through a complex cryptographic verification process, forming an immutable chain. Even in its earliest guises, blockchain technology set up many of the central features of these systems, which remain today. Indeed, bitcoin’s blockchain remains largely unchanged from these earliest efforts.

As time went on, developers began to believe that a blockchain could do more than simply document transactions. Founders of ethereum, for instance, had the idea that assets and trust agreements could also benefit from blockchain management. In this way, ethereum represents the second generation of blockchain technology.

The major innovation brought about by ethereum was the advent of smart contracts. Typically, contracts in the mainstream business world are managed between two separate entities, sometimes with other entities assisting in the oversight process. Smart contracts are those that are self-managing on a blockchain. They are triggered by an event like the passing of expiration date or the achievement of a particular price goal; in response, the smart contract manages itself, making adjustments as needed and without the input of outside entities.

At this point, we may still be in the process of harnessing the untapped potential of smart contracts. Thus, whether we have truly moved on to the subsequent stage of the development of blockchain is debatable.

One of the major issues facing blockchain is scaling. Bitcoin remains troubled by transaction processing times and bottlenecks. Many new digital currencies have attempted to revise their blockchains to accommodate these issues, but with varying degrees of success. In the future, one of the most important developments paving the way for blockchain technology going forward will likely have to do with scalability.

Beyond this, new applications of blockchain technology are being discovered and implemented all the time. It’s difficult to say exactly where these developments will lead the technology and the cryptocurrency industry as a whole. Supporters of blockchain are likely to find this incredibly exciting; from their perspective, we are living in a moment with an epochal technology that is continuing to grow and unfold.

Blockchain Technology’s Three Generations was originally published in The Capital on Medium, where people are continuing the conversation by highlighting and responding to this story.