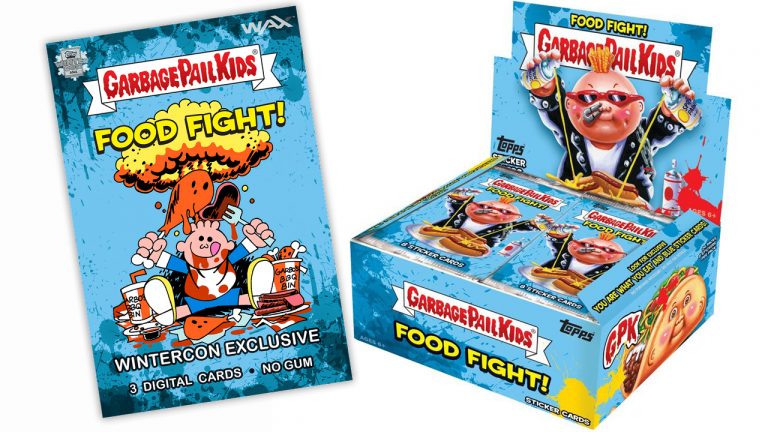 Since the eighties, the Garbage Pail Kids (GPK) has been a popular trading card series created by the company Topps. The firm Topps was founded in 1938 and has created collectible cards for a myriad of sports and hobbies for decades. Topps also owns Bazooka bubblegum, Ring Pop, Push Pop, and Baby Bottle Pop candies.

More recently, GPK cards have grown in popularity again, after making headlines back in the eighties. Series one packs of GPK originals from 1985, specifically the glossy card series, can rake in thousands of dollars. Meanwhile, since the birth of Bitcoin, blockchain technology has transformed not only finance, but other industries like art and collectibles. Last year, Topps joined forces with the wax.io (Wax blockchain) team and released the first iterations of digital GPK collectibles.

“Blockchain technology allows collectors to enter a marketplace where they can purchase digital Garbage Pail Kids trading cards,” the Topps website called topps.wdny.io notes. “[Collectors can] propose and execute trades, showcase their inventory on social media, and search wishlists of other traders.”

The blockchain Wax allows people to create, buy, sell, and trade virtual NFTs and physical items as well. Since 2017, the Wax network claims it has facilitated more than 100 million digital item swaps. This week, Topps is releasing the “2021 Topps Garbage Pail Kids Food Fight” series, which will be sold like any other annual GPK sets at Targets and Walmarts.

Boxes and packs of physical cards will have a chance to win a rare code card that can be used to redeem GPK Wax blockchain collectibles. The announcement details that there are 11 original pieces and a number of exclusive digital variants.

“On Feb. 24, 2021, Topps is releasing physical packs in Walmart and Target. On Feb 25, 2021, the digital version will be released on the Wax blockchain,” Topps said during the announcement. “Physical card collectors may also receive an exclusive redemption code card in the physical packs that will award exclusive digital collectibles on the Wax blockchain. Further Digital packs for the exclusive ‘b’ character names can be purchased directly on Wax during Topps Digital’s Wintercon 2021 beginning on February 25.” GPK fans can check out the cards at the wax.io website.

When I joined Topps two years ago, our VP, Tobin Lent, and I had discussed blockchain in depth and what it could mean for digital collectibles. We both, along with many others at Topps, see the amazing potential for blockchain.

Non-fungible tokens and blockchain-based collectibles have been all the rage since 2020 and millions of dollars in trades have been executed on NFT marketplaces. Just recently, individuals have been trading the NFT-based basketball trading cards called “NBA Top Shots.” On Monday, 27,000 unique individuals purchased NBA Top Shots cards and volume topped more than $32 million in sales.

What do you think about Topps and the Wax blockchain team releasing digital GPK cards in physical packs at select Target and Walmart stores? Let us know what you think about this subject in the comments section below.