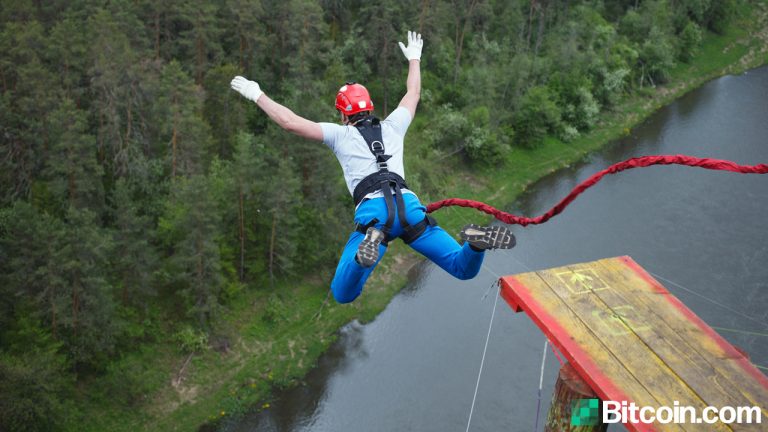 Veteran trader Peter Brandt has implied in a tweet that bitcoin will go through deep price corrections before it gets to the $200,000 mark. Brandt points to the 2015-17 bull run when bitcoin went through similar corrections about nine times as the precedent the crypto asset might follow. 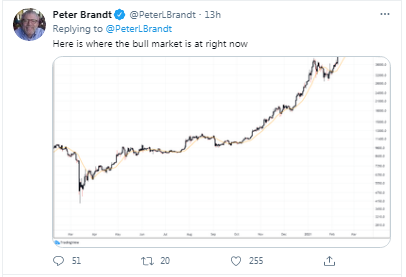 Consequently, Brandt is asking his Twitter followers to predict the number of similar 30% price corrections that they expect to see before BTC ultimately gets to the $200,000. Already, as Brandt explains in the tweet, the crypto asset has gone through one such correction since the March 2020 price crash.

In the meantime on Twitter, the reaction to Brandt’s BTC price prediction, as well as his expectation of large corrections, has been mixed. Some users appear to agree with Brandt’s suggestion that there will be many corrections before the $200,000 price is achieved. Still, others think BTC will even surpass $200,000 while many believe the number of corrections will be fewer this time around.

For instance, in their reply to Brandt, one user named Tho said:

Another user, Mike Thomas says there will be one significant correction at around $100,000. Still, Thomas argues: “With the (increased) amount of coins coming offline, the increased demand, and barring another black swan event, I do think 30%+ corrections are a thing of the past.”

Meanwhile, another user known as Frank Squisher insists that “if the speed of this parabolic rise increases, the next correction could be the last one…If it slows down a bit, we may be able to handle one more big correction before the final run-up.”

Still, not all users are convinced that the crypto asset will make it to $200,000. One such user, London hold asks: “The question is do you think we’ll hit 200k?”

Meanwhile, on Feb. 22, bitcoin (BTC) prices dipped significantly to the $47,500 region after being above the $55k handle for a short period of time. BTC lost 13.63% in value quickly on Monday, but has since regained some of the losses.

Want to follow all the crypto market action in real-time? Check out markets.Bitcoin.com.

Do you agree that BTC will go through many corrections before it reaches the $200,000 mark? Tell us what you think in the comments section below.