Bitcoin Price Analysis: 4 Takeaways Following the Dump to $47K and Back Above $53K 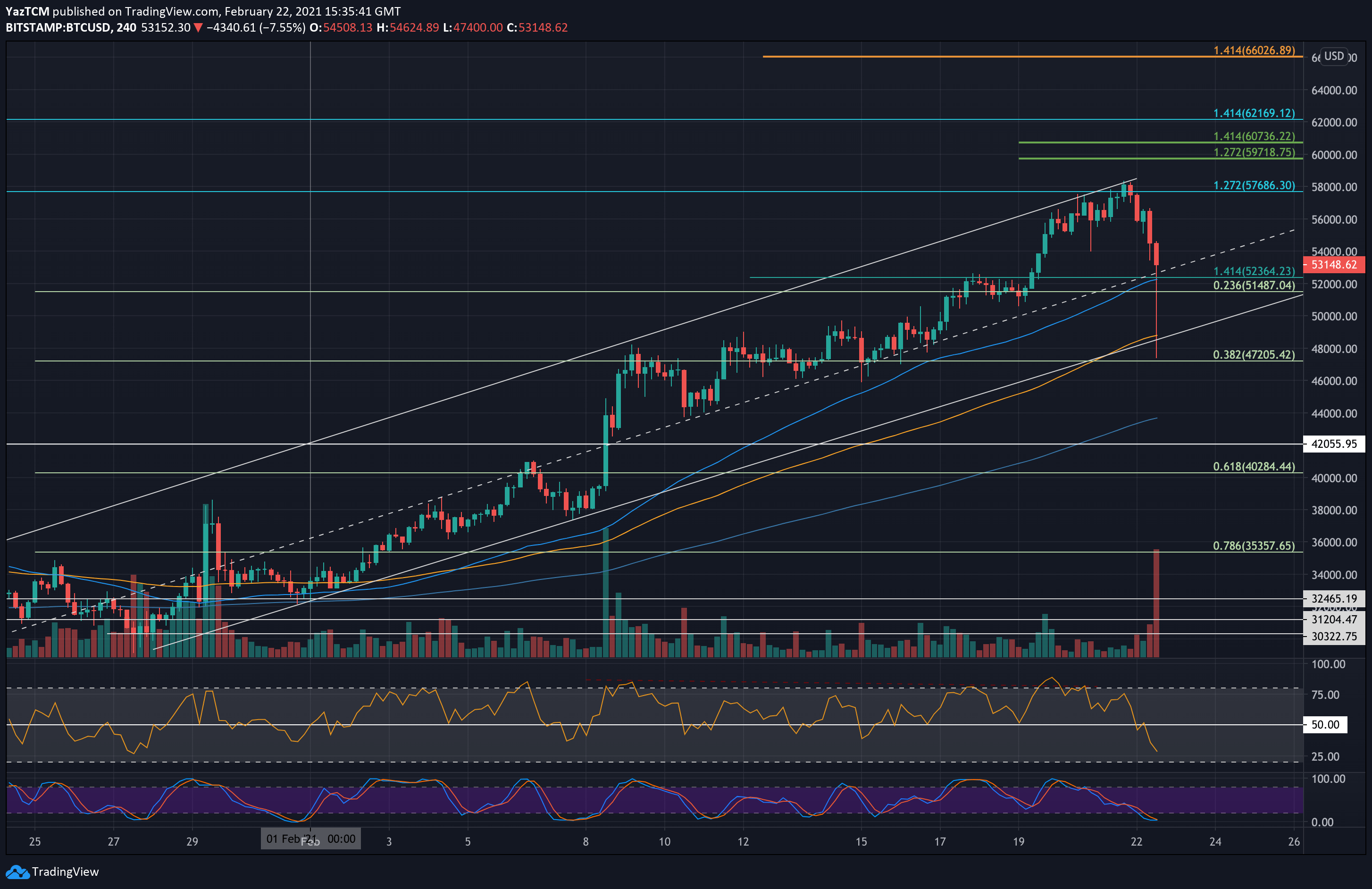 Bitcoin saw some serious whipsaw-like action today, with the market witnessing its most serious correction in February. At the height of the crash, Bitcoin price plunged by 18%, to as low as $47,400 (Bitstamp) before sharply recovering.

The cryptocurrency had spiked lower in a wild hourly candle, pushing the market briefly beneath the ascending price channel that it has been trading within throughout February.

This comes just a day after it had reached the upper boundary of this price channel yesterday, as BTC managed to poke above the $58,000 level and set the current ATH price at $58,355.

It could not break the channel’s upper boundary, and today’s wild correction saw it heading lower from there: Bitcoin lost a total of $11K.

After reaching an intraday low at $47,400, the buyers quickly pushed the market higher. They managed to reclaim the $50K mark and even continued above to reach over $53K. It is now trading above the 4-hour 50MA level and above the midline of the ascending price channel.

Moving forward, keep in mind that we can expect huge volatility in the coming hours.

The daily RSI has tumbled from extremely overbought conditions to head toward the midline. It still sits above the midline, indicating that the buyers still control the market momentum. Today’s price fall seems to be pretty healthy for the market as it has provided room for the momentum to cool down before it builds up again.