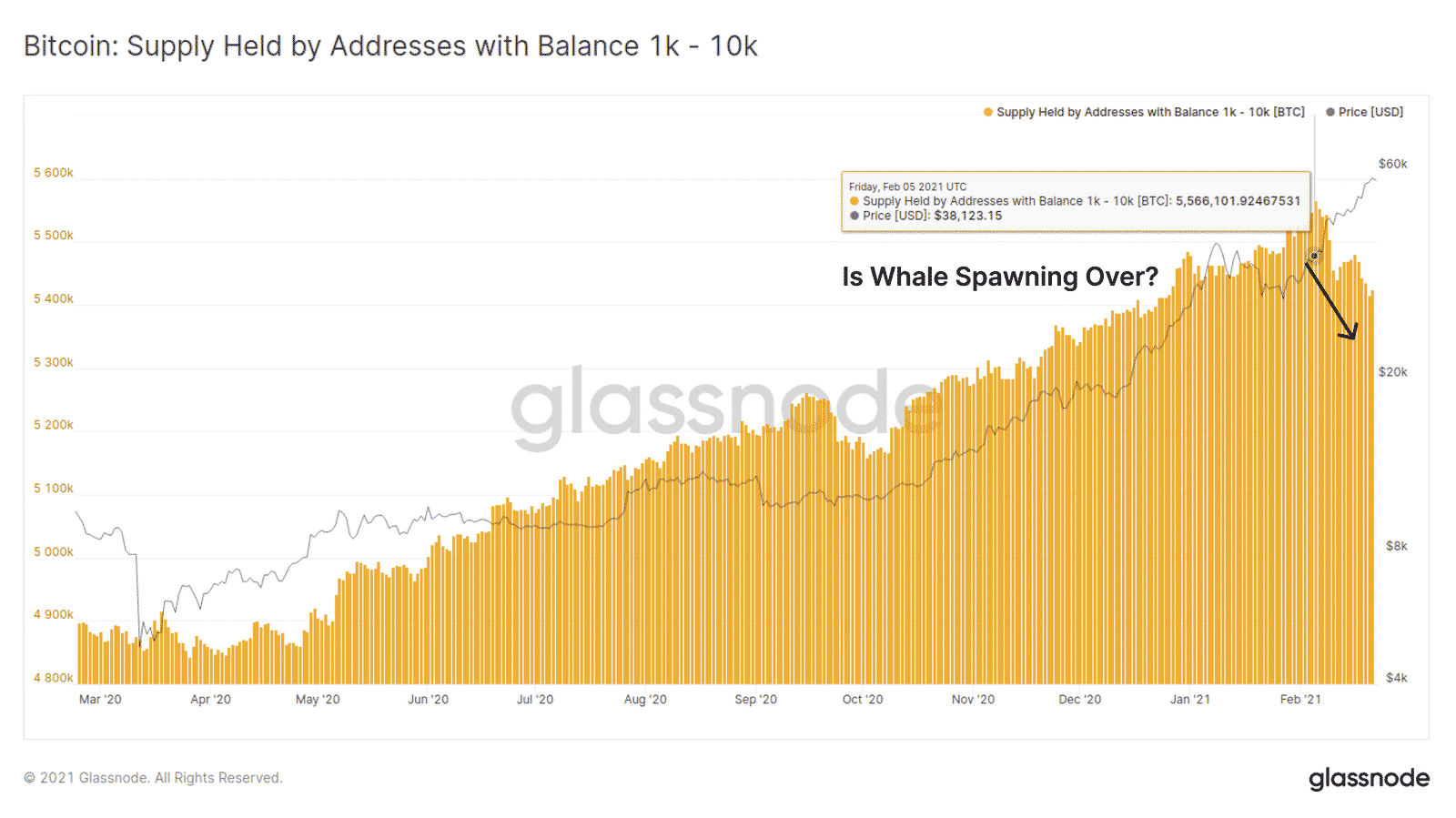 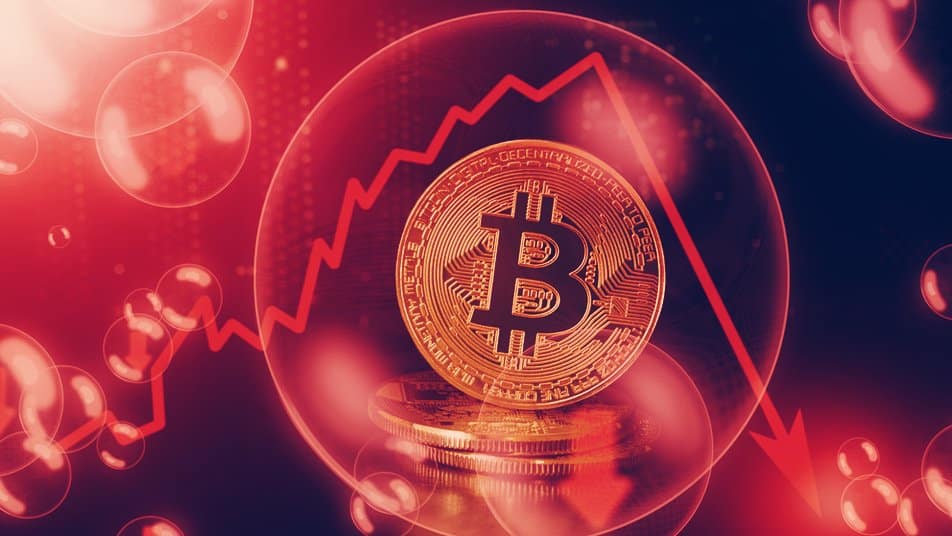 After registering over 40% gains just in the last two weeks, Bitcoin (BTC) finally entered a sharp correction on Monday, February 22. The Bitcoin price took a dip below $50,000 levels correcting over 15% from its all-time high.

Although Bitcoin (BTC) has partially recovered from the low, it is still 8.13% down at press trading at $52,126 with a market cap of $968 billion. As per on-chain data provider Santiment, bitcoin whales have been behind the recent correction. Over the last week, the number of whale addresses with a minimum of 1000 BTC dropped ~2% from 2,462 a week back to now at 2416.

Another data provider Glassnode cites a similar observation. It writes that Bitcoin whale addresses holding between 1K-10K BTC were increasing over the last year calling it a ‘whale spawning season’. However, it adds that these addresses have been reducing holdings over the last two weeks. The Glassnode report states:

“Wallets with 1k to 10k BTC holdings in particular have been in a strong uptrend since March 2020, having increased by 14.18% between 12-Mar-20 and 5-Feb-21. This has been referred to as ‘Bitcoin whale spawning season’ as these addresses represent holdings of millions to hundreds of millions of dollars (considering price rallying from $3.8k to $58k in that time). However, over the last two weeks, this wallet class appears to be ‘reducing holdings’.”

Coinciding with #Bitcoin's #AllTimeHigh at $58.3k yesterday, our platform picked up the largest one-hour exchange inflow spike in 16 weeks, followed immediately by a steep -16% price correction. This coincided with a +0.15% rise in $BTC's total supply returning back to pic.twitter.com/cqjlmF9hrV

Bitcoin price volatility continues to remain high at this point. After a dip below $50K, BTC quickly recovered over 10% from the bottom, however, it failed to breach the $55K level and is once again under major profit booking to its journey south.

But Santimnet notes that there’s still some chance for Bitcoin price recovery with dormant tokens on the move. But social indicators show that there’s a major lack of “buy the dip” calls. Also, the Bitcoin network’s other indicator for ‘Realized Profits or Loss Metrics’ showed signs of crowd overconfidence.

#Bitcoin's volatility is picking up, as prices dipped back below $51,000 15 minutes ago before bouncing. Our latest insight explores how dormant token movement projects there could still be room to recover, as well as how #buythedip calls are down. https://t.co/cXwD7lBnC4 pic.twitter.com/XXEA26AHnU

Interestingly, another data from Glassnode shows that we might have entered the next consolidation cycle and Bitcoin will see a strong support at $48K.