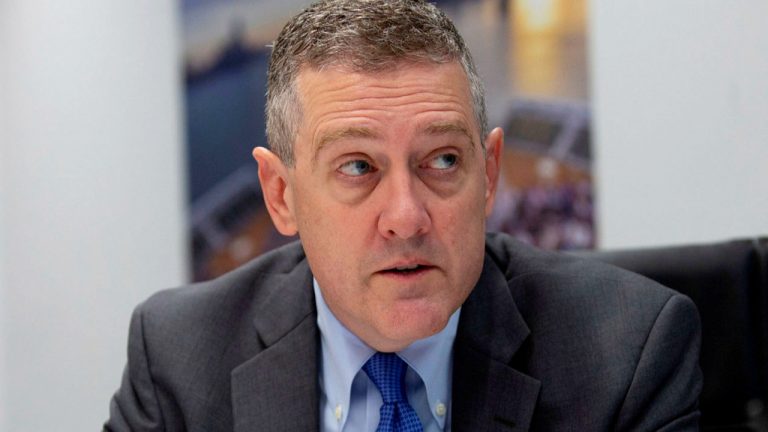 The president of the Federal Reserve Bank of St. Louis, James Bullard, has shared his view on the future of bitcoin. He is confident that the cryptocurrency poses no threat to the U.S. dollar. Referencing the unpopularity of various versions of dollars issued before the Civil War by banks, Bullard predicts the same fate will happen to bitcoin.

James Bullard said in an interview with CNBC last week that increasing interest in bitcoin, coupled with all-time high prices, does not pose a threat to the U.S. dollar as the world’s reserve currency. Bullard is an economist who has been the president of the Federal Reserve Bank of St. Louis since 2008.

Bullard expressed concerns about widespread financial transactions using different cryptocurrencies that are not issued by governments. “Dollars can be traded electronically already, so I’m not sure that’s really the issue here. The issue is privately issued currency,” he asserted.

He then referenced the time before the Civil War, describing that at the time it was common for banks to issue their own currencies. He likened the situation to financial institutions — such as Bank of America, JPMorgan, and Wells Fargo — all having distinct brands of dollars, elaborating:

They were all trading around and they traded at different discounts to each other, and people did not like it at all. I think the same thing would occur with bitcoin here.

Regarding whether bitcoin or other cryptocurrencies pose a threat to the U.S. dollar, Bullard stressed that competition is nothing new and has existed for centuries. “It is a currency competition, and investors want a safe haven. They want a stable store of value, and then they want to conduct their investments in that currency,” he described.

The president of the Federal Reserve Bank of St. Louis proceeded to make examples of the euro and the Japanese yen as competing currencies. “Neither of those is going to replace the dollar,” he emphasized, concluding:

It’d be very hard to get a private currency that’s really more like gold to play that role so I don’t think we’re going to see any changes in the future.

Meanwhile, some analysts are not as optimistic about the U.S. dollar as Bullard. Morgan Stanley Investment Management’s chief global strategist, Ruchir Sharma, said last week that “Bitcoin is also starting to make progress on its ambition to replace the dollar as a medium of exchange.” In July last year, Goldman Sachs warned that the U.S. dollar risks losing its world reserve currency status. In Russia, gold has already exceeded the U.S. dollar in the country’s reserves as Russian President Vladimir Putin focuses on de-dollarization.

Do you think bitcoin poses a threat to the U.S. dollar? Let us know in the comments section below.