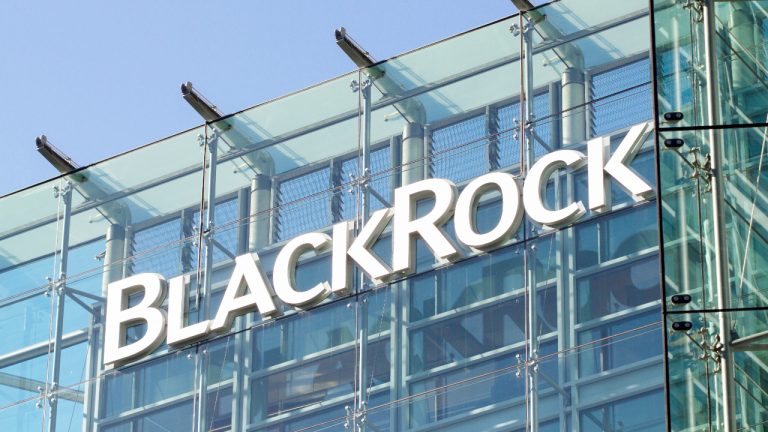 The world’s largest asset manager with almost $9 trillion in assets under management, Blackrock, has started investing in bitcoin. Sharing his view on what’s driving up the price of the cryptocurrency, the firm’s chief investment officer says the technology and the regulation have evolved to where people find bitcoin should be part of their portfolios. In addition, people are looking for investments that could appreciate as inflation and debts move higher.

Blackrock Has Entered the Bitcoin Space

Blackrock’s chief investment officer of global fixed income, Rick Rieder, talked about bitcoin in an interview with CNBC on Wednesday. The New York-based asset management firm had $8.68 trillion of assets under management at the end of the fourth quarter.

Rieder confirmed that Blackrock has “started to dabble” in bitcoin. When asked about what portfolio allocation should be in the cryptocurrency, he replied: “I wouldn’t put a number on the percentage allocation one should have, [since it] depends on what the rest of your portfolio looks like.” The Blackrock chief investment officer explained:

Today the volatility of it is extraordinary, but listen, people are looking for storehouses of value. People are looking for places that could appreciate under the assumption that inflation moves higher and that debts are building, so we’ve started to dabble a bit into it.

In January filings with the U.S. Securities and Exchange Commission (SEC), Blackrock disclosed its plans to add bitcoin futures to two of its funds: the Blackrock Strategic Income Opportunities and the Blackrock Global Allocation Fund.

Bitcoin has been rapidly gaining popularity among institutional investors. More companies are embracing the cryptocurrency, including Elon Musk’s Tesla, which has invested $1.5 billion in bitcoin and will soon accept the cryptocurrency as payment for its products. Last week, Mastercard announced that it will allow certain cryptocurrencies directly on its network and BNY Mellon unveiled a crypto unit to provide clients with bitcoin services.

Commenting on the spectacular rise in the price of bitcoin, the Blackrock chief investment officer, who previously said that cryptocurrency is here to stay and could replace gold, opined:

My sense is the technology has evolved and the regulation has evolved to the point where a number of people find it should be part of the portfolio, so that’s what’s driving the price up.

The price of bitcoin hit an all-time high again Friday, pushing its market capitalization above $1 trillion. At the time of writing, the BTC price stands at $53,720.

Diversifying into other assets makes some sense. Holding some portion of what you hold in cash in things like crypto seems to make some sense to me.

What do you think about Blackrock entering the bitcoin space? Let us know in the comments section below.