How PIVX Is Bootstrapping the Revival of Privacy Coins 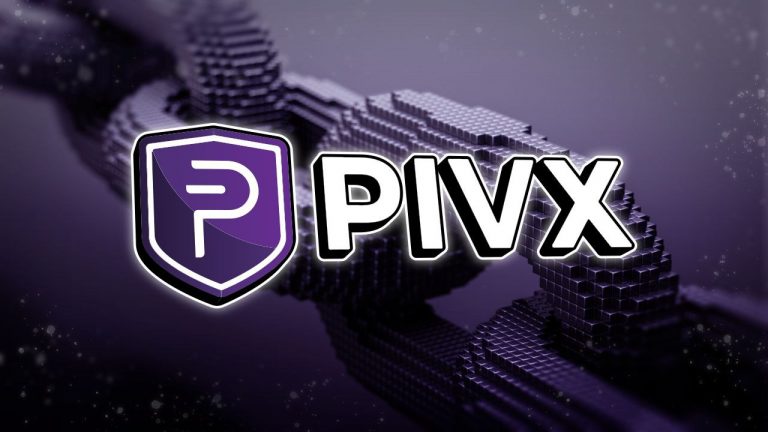 Throughout its history, PIVX has marked many firsts on the crypto market. These include being the first PoS project to use zk-SNARKs, masternodes, blockchain governance, deflationary mechanisms, and private staking. With a solid value proposition and numerous achievements under its belt, PIVX makes use of innovative technology to create a privacy-oriented paradigm within the cryptocurrency space.

Famously referred to as de-anonymization through correlation, blockchain intelligence serves the purpose of tracking transactions and connecting them to their owners. By making use of smart algorithms that crawl through blockchain transactions, chainalysis companies can easily keep tabs on cryptocurrency addresses of interest.

Arguments in favor of crypto tracking include deterring cyber-attacks, dealing with money launderers, and stopping illegal activity. However, most cryptocurrency enthusiasts are aware that chainalysis companies have the tendency of digging deeper, oftentimes in people’s private but legal affairs. This is no different when compared to cookie tracking over the internet, but financial information is where most people draw the line.

If cryptocurrencies are to disrupt the current financial status quo, then enthusiasts must face the issue that transactions are indeed public – not for the sake of criminals, but rather for the sake of protecting people’s fundamental human right to privacy. The banks of today protect privacy to some degree by at least making transactions invisible to third parties – And for blockchain to realise its true calling, this principle must be mirrored.

Indeed, most cryptocurrencies provide a medium degree of anonymity, in the sense that it’s not one’s name or location that’s being tracked, but rather their addresses and the funds held. However, blockchain intelligence succeeds by linking addresses and coins to real-world identities by taking other factors into account. These include linkage to KYC-ed exchange accounts, well-known addresses, and common contacts. With these aspects in mind, is there any hope for attaining the perfect system, fit for national and international needs, housed within one impermeable blockchain?

As a self-labeled “Financial Data Protection” coin, PIVX is nowhere close to being a newly-launched project. PIVX was announced in 2015, and later launched in 2016. Often referred to as one of the pioneers of privacy coins and the “first protected DeFi blockchain project”, PIVX makes use of proof-of-stake (PoS) and the ZK-based SHIELD protocol to facilitate quick transactions that protect user data.

PIVX was launched as a decentralized autonomous organization (DAO) that’s self-funded through its treasury. Released in response to the appearance of blockchain tracking software that invades user privacy, PIVX quickly became one of the market’s top 10 cryptocurrencies by market cap. Albeit keen on protecting data, PIVX also supports transparent transactions, whilst providing supportive users with lucrative incentives.

Throughout its history, PIVX has marked many firsts on the crypto market. These include being the first PoS project to use zk-SNARKs, masternodes, blockchain governance, deflationary mechanisms, and private staking. With a solid value proposition and numerous achievements under its belt, PIVX makes use of innovative technology to create a privacy-oriented paradigm within the cryptocurrency space.

Transparency & Privacy – The Best of Both Worlds with PIVX

PIVX is very adaptable to the market’s demands, so it can facilitate both transparent and anonymous transactions. This is possible thanks to the its SHIELD protocol, a world-first, fully customized zk-SNARKs sapling deployment that’s compatible with the proof-of-stake consensus protocol.

Simply put, zk-SNARKs allow the processing of encrypted transactions on the blockchain with extreme efficiency – and PIVX has taken this feature from Zcash, and implemented it on top of a PoS (proof-of-stake) consensus protocol. From a top-down perspective, PIVX picked the best privacy features available, and implemented them on a PoS blockchain, eliminating scaling difficulties, large energy consumption, and the risk of 51% attacks associated with PoW. That in a nutshell is the SHIELD protocol.

The introduction of a PoS-enabled zk-SNARK marks a crucial turning point in blockchain’s history – no other project has managed to successfully integrate these features before PIVX. Even Ethereum’s co-founder, Vitalik Buterin, is also bullish on zk-SNARKs as highlighted in a recent tweet. In fact, upon switching to PoS, Ethereum 2.0 will also implement this innovative protocol.

Inflation vs. Deflation on PIVX

In 2020, the US Federal Reserve came into the spotlight as it minted $3 trillion USD, seemingly out of thin air. Experts worldwide have argued that this will inflate the dollar, leading to a rapid loss in its purchasing power. This monetary policy may have further fuelled bitcoin investments, as US citizens began to lose trust in the dollar value. Unlike the USD, bitcoin’s supply limit is capped at 21M BTC, whereas minting is halved every four years.

Unlike the USD and BTC, PIVX has opted for a dynamic coin supply model. This helps ensure a long-term balance between inflation and deflation. The mechanism works by minting 5 PIV on each 1-minute block and burning all transaction fees. Given a small trading volume, PIVX incentivizes spending and becomes slightly inflationary. When there’s a higher trading volume, transaction fees increase, burning more coins. This leads to deflation while encouraging saving through staking, rather than spending. In doing so, the PIVX price can avoid sudden drops while pursuing a steady growth trend.

The coin’s total supply is not capped, but PIVX uses a restricted dynamic supply model that limits the maximum number of coins minteable per day, month, and year. Supply is therefore controlled, and inflation is kept at a minimum.

Users worldwide are incentivised to support PIVX through masternodes and cold staking contracts. Masternode operators help secure the network while establishing an optimal degree of decentralization, and at the time of publishing there are somewhere in the region of 1700 active masternodes globally, the distributed nature guaranteeing a high level of decentralization. Operators receive approximately 9% in PIV rewards on a yearly basis, as well as 1 vote for each masternode they run.

Cold staking brings about yet another revenue stream. By joining the contract, users can stake PIV coins directly from an eligible wallet, be it core, third party light, hardware device, or even a desktop or mobile wallet. The staking mechanism, which is already running smoothly, is quite similar to what Ethereum is planning, with rewards estimated at 8-9% per year. Considering the future PIV price prediction, staking today can potentially unlock huge value in the future.

Opting for horizontal vote-based leadership in the form of a DAO, PIVX puts governance rights in the hands of masternode operators. The community can therefore decide on treasury allocations, and other important decisions concerning PIVX’s future.

Now that the project has viably solved all technical challenges, the world is ready to witness the revival of privacy-conscious cryptocurrencies. PIVX holds the upper hand in this race, as it fits all new-gen criteria for disruptive projects, unlike other privacy coins that fail to uphold adaptability, true anonymity, or lucrative incentives.

As a DAO that makes use of PoS and the innovative SHIELD protocol, a bullish sentiment is actively setting in. PIV’s value will further be fuelled by the upcoming deterministic masternodes, SHIELD staking, SHIELD masternodes, and support for staking pool operators.

To find out more about PIVX, visit the website, connect on Twitter or GitHub or join the PIVX community to participate in the next generation of privacy on the blockchain.