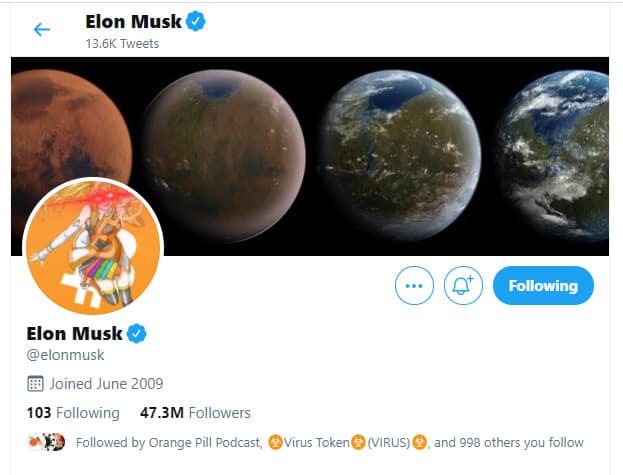 The ever-active on social media platforms CEO of Tesla and SpaceX has garnered the attention of the crypto community again by updating his Twitter profile with an avatar of Bitcoin. As with previous interactions initiated by Elon Musk, the price of the asset reacted by an immediate sharp increase.