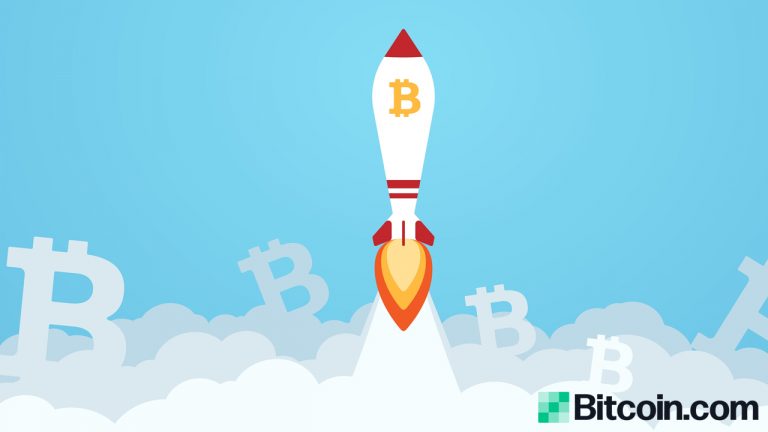 Bitcoin’s market capitalization has crossed the $1 trillion zone after the price per coin surpassed $53,650 per unit. The valuation comes 145 months after the launch of the Bitcoin network on January 3, 2009.

‘The First Trillion Is the Hardest’

The price of bitcoin (BTC) has surpassed the territory needed to have a $1 trillion market capitalization. The valuation is a milestone to many crypto supporters who have rallied for the leading currency for the last decade. For the last two weeks, digital currency advocates discussed BTC’s slow and steady approach toward the 1 trillion dollar zone. For instance, on February 16, The Block’s director of research Larry Cermak said:

The conversation about reaching the 1 trillion dollar milestone was a topical conversation all week, as bitcoiners said it was a long time coming. The same day, the software developer, Jameson Lopp, also talked about the $1 trillion event on social media. “The first trillion is the hardest,” Lopp tweeted to his 262,000 followers.

‘Bitcoin Going for Gold Next’

After Lopp made his statement, a number of people compared the decentralized crypto asset’s market valuation to Apple Inc. (AAPL).

Bitcoin reaching a $1 trillion valuation has been a big deal to a number of proponents and many believe the crypto asset is just warming up. The popular creator of the stock-to-flow (S2F) model, Plan B, discussed the watershed moment.

Civic founder Vinny Lingham, often referred to as the oracle, thinks making it to the $60,000 zone might be in the cards.

“Bitcoin looks primed to make a big break above $50k,” Lingham wrote just before the price surpassed the $50k handle. “Once it clears, it will likely test and break $60k quickly. We could find out which [altcoins] are uncorrelated, as there will likely be some carnage in the alt market, if such a big move materializes,” Lingham added.

What do you think about bitcoin reaching a $1 trillion market valuation? Let us know what you think in the comments section below.