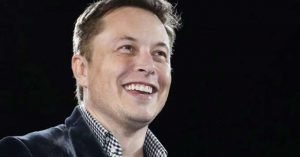 Ten-days after automobile giant Tesla announced its $1.5 billion Bitcoin (BTC) purchase, company CEO Elon Musk has put out some criticism against Bitcoin (BTC). “Bitcoin is almost as bs as fiat money. The key word is “almost”,” he said.

Elon Musk’s comments came responding to a Bloomberg post. The Bloomberg article shares Binance CEO Changpeng Zhao’s (CZ) views on his surprise that Elon Musk is so much into Bitcoin. Talking to Bloomberg, CZ said:

“I’m surprised Elon is so gung-ho on Dogecoin — but this is a decentralized, free world, anybody can like anything”.

Musk responded through his Twitter handle while implying that Bitcoin is almost similar to fiat, but a little better. Moreover, he also noted that Tesla’s decisions are not entirely his own. In the tweet, Musk wrote:

“Tesla’s action is not directly reflective of my opinion. Having some Bitcoin, which is simply a less dumb form of liquidity than cash, is adventurous enough for an S&P500 company.

To be clear, I am *not* an investor, I am an engineer. I don’t even own any publicly traded stock besides Tesla. However, when fiat currency has negative real interest, only a fool wouldn’t look elsewhere. Bitcoin is almost as bs as fiat money. The key word is “almost”.

Well, this is not the first time that Elon Musk has called Bitcoin “bs”. In a tweet last December 2020, Musk wrote the exact same words, however, people thought that he was taking a dunk on Bitcoin. Note, he was as such always more interested in Dogecoin (DOGE) than Bitcoin.

Elon Musk has been vocal about his support for Dogecoin not only in the last few weeks but even before. However, his relentless support for the Shiba Imu-based meme cryptocurrency has helped DOGE skyrocket 1700% this year. Last week, DOGE price surged all the way to its all-time high of $0.85 while entering the list of top ten cryptocurrencies in the world.

Elon Musk has also referred to Dogecoin (DOGE) as the “future currency of the earth”. The Dogecoin frenzy triggered by Musk’s support also got some popular personalities like Gene Simmons and Snoop Dog to join the bandwagon. such support has also helped Dogecoin enter the mainstream adoption curve.  Interestingly, some businesses like Nissan and CovCare also started accepting payments in Dogecoin (DOGE).

After Tesla’s Bitcoin (BTC) purchase, the world’s largest cryptocurrency has soared another 30% hitting a new all-time high above $52,500 on Wednesday, February 17. At press time, Bitcoin (BTC) is trading at $51,292 and is just short of becoming a trillion-dollar asset class.