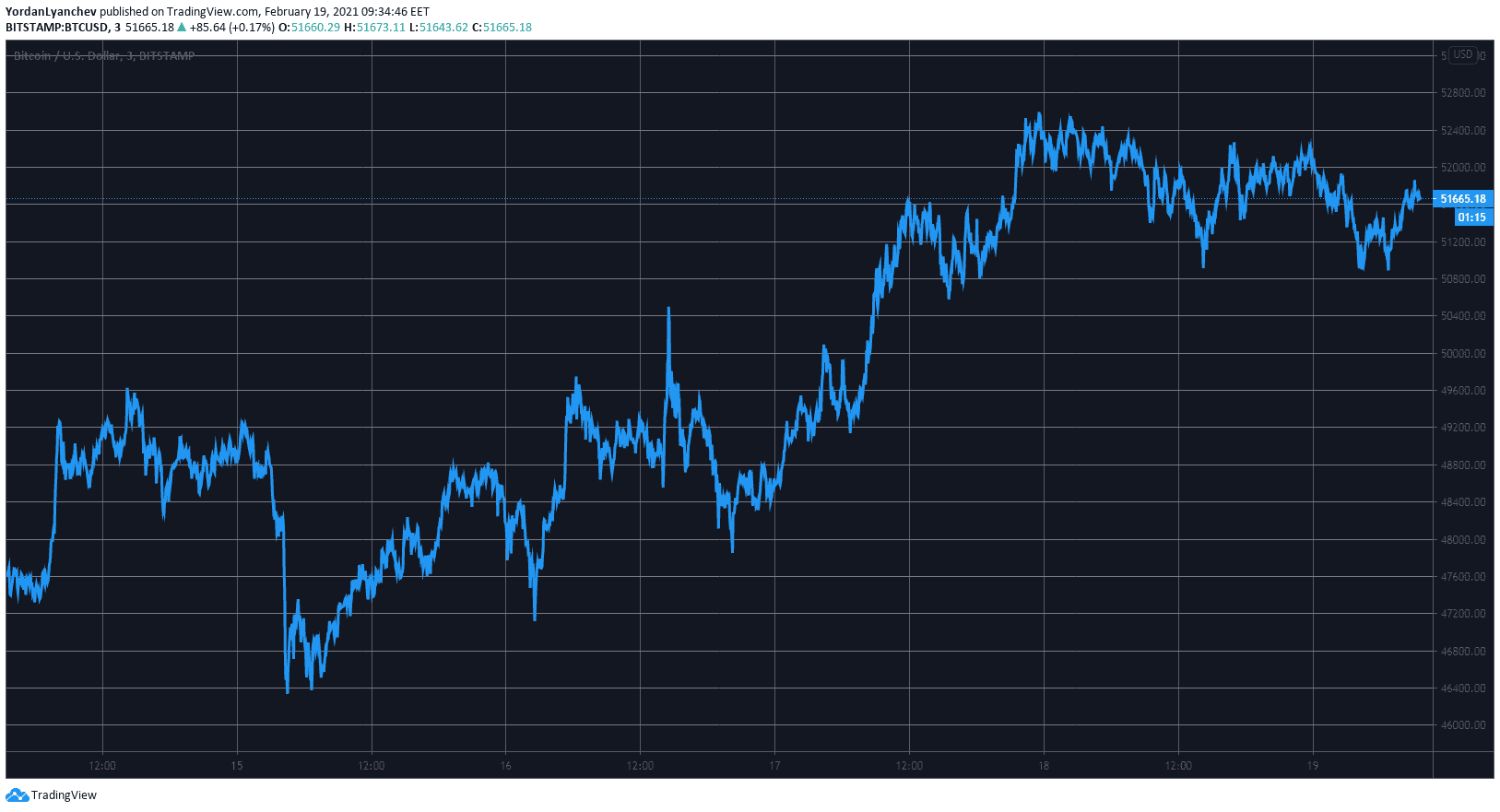 After the latest all-time high above $52,600, BTC has calmed slightly and has stalled beneath $52,000. In contrast, some altcoins have exploded in value, including another fresh record for Binance Coin, and have reduced bitcoin’s dominance over the market to below 60.5%.

Exchange Coins Through The Roof

Most large-cap alternative coins have remained calm similarly to bitcoin in the past 24 hours. Ethereum and Litecoin are up by about 2% to $1,920 and $230, respectively. Simultaneously, Chainlink, Bitcoin Cash, Polkadot, Cardano, and Ripple have painted minor losses.

However, Binance Coin is the apparent exception with a massive 50% surge once again. Hence, BNB marked another ATH above $270. The native crypto of the popular exchange more than doubled its value since Wednesday when it traded at $125. Thus, BNB has surpassed Tether as the third-largest cryptocurrency by market cap.

In general, coins built on top of the Binance Smart Chain are charting massive increases in the past couple of days prompted by the surge of new investors exploring the ecosystem.

Ultimately, the total market cap also went for a new record as it touched $1.6 trillion.

The primary cryptocurrency also enjoyed the past several days as it broke above $50,000 for the first time and went further to its latest record at north of $52,600 yesterday, as reported.

Nevertheless, the asset calmed and even dipped to $50,500 in the following hours. However, the bulls didn’t allow any further drops and pushed the price to its current level of about $51,500.

Despite reclaiming some of its value, the rising altcoins have reduced BTC’s dominance once again. The metric comparing bitcoin’s market capitalization with all other cryptocurrency assets has dropped to 60.3% after rising above 62% just a few days ago.