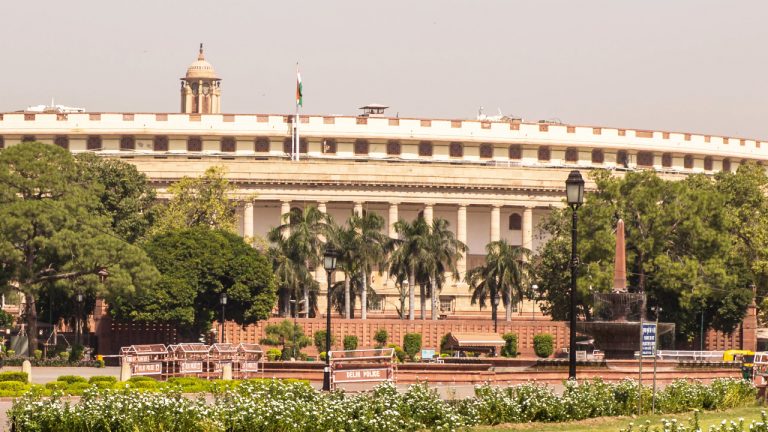 The Indian government is reportedly considering taking “the ordinance route” to quickly pass the cryptocurrency bill. “The government is of the firm view that they want to introduce the law within a month of clearance of the ordinance,” a local news outlet detailed.

All eyes are on what the government of India will do with the cryptocurrency bill that is listed to be introduced in the current session of parliament. The bill seeks to ban cryptocurrencies while creating a framework for the official digital currency to be issued by the central bank, the Reserve Bank of India (RBI).

On Friday, CNBC-TV18 reported that “The government may take the ordinance route to pass the Cryptocurrency and Regulation of Official Digital Currency Bill,” citing unnamed sources. The news outlet elaborated:

The PMO, Finance Ministry, and Cabinet Secretariat have started preparing the draft details of the ordinance. The government is of the firm view that they want to introduce the law within a month of clearance of the ordinance. 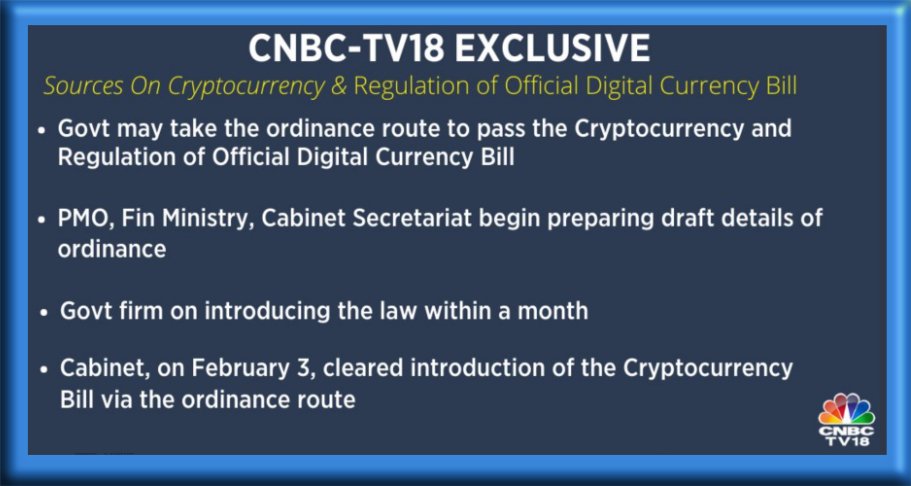 “They want this bill to be cleared as soon as possible,” reporter Timsy Jaipuria noted. She added that “the cabinet is understood to have given clearance to this particular proposal that this bill can be introduced via an ordinance route in its last meeting which was held on Feb. 3.”

Ordinances are promulgated by the president of India on the recommendation of the Union Cabinet. They have the same effect as an Act of Parliament. Ordinances can only be issued when Parliament is not in session, enabling the government to take immediate legislative action. The current Budget session began on Jan. 29 and will end on April 8. It is held in two phases; the first phase will end on Feb. 13 and the second will start on March 8.

The cryptocurrency bill could resemble the one drafted by an interministerial committee (IMC) headed by former Finance Secretary Subhash Chandra Garg, who has now resigned from the government. Recently, the Minister of State for Finance Anurag Thakur answered some crypto questions in Rajya Sabha, the upper house of India’s parliament, clarifying the government’s stance on cryptocurrency and the digital rupee.

There are still many unanswered questions about the bill the government is planning to introduce and many are just waiting for the bill to become public. Meanwhile, the Indian crypto industry has launched a campaign to convince the government not to impose a ban on cryptocurrencies.

Do you think India will soon introduce crypto law? Let us know in the comments section below.