Blockchain Innovation Done the Polkadot Way According to Gavin Wood 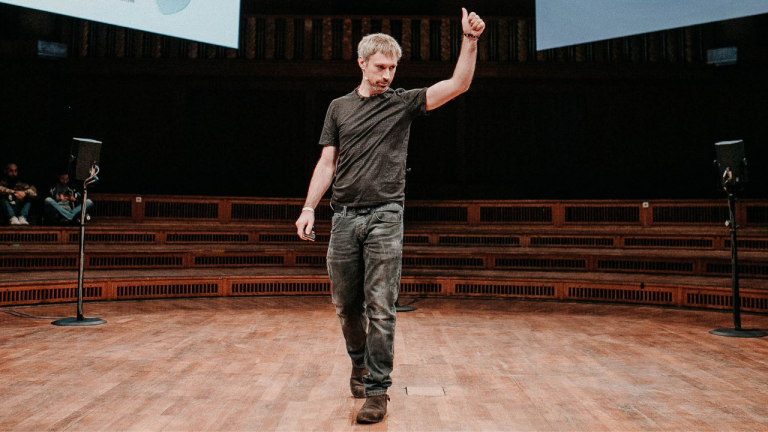 In a recent Realvision interview, the developer Gavin Wood explains how Polkadot reimagines the innovation ecosystem from the ground up. Wood also discusses how the Polkadot protocol is both similar but also different than Ethereum, the second-largest crypto asset by market valuation.

Polkadot: A Bet Against Maximalism

Innovation involves the pioneering and actualization of a creative new way of doing something. For famed blockchain programmer Gavin Wood, Polkadot is the platform that unlocks the potential of swifter blockchain innovation.

By building a platform of platforms, or 0-layer technology, Polkadot is attempting to push the boundaries of efficiency with a more flexible and more abstract environment.

Here are some highlights from the lengthy interview Wood gave to Sebastian Moonjava of Real Vision (link to the full interview below).

For Wood, one of the primary hurdles of the existing framework is the resource-intensive tasks involved with launching a new blockchain. In this frame, he views Polkadot as multiple forms of shortcuts:

Security is a recurrent theme in blockchain, given that so much power, capital, and resources go towards addressing this basic need. By virtue of its design, Polkadot works to remove this impediment from the development process of new layers and applications.

Bitcoin famously has the mining algorithm. I don’t know, it uses up the equivalent of, I don’t know, some small country’s energy simply in securing itself. Of course, the newer chains tend not to be proof of work, they tend to be proof of stake so they’re not using much energy, but they are using a lot of capital…that’s really one of the key problems that Polkadot solves, it allows the same capital base to secure many different domain-specific blockchains.

Securing the ecosystem more efficiently is only one of many value-oriented measures that helps this new model stand out from the crowd. A thorny issue some users are encountering amid the recent rally in cryptocurrency prices is higher transaction costs. Ethereum recently topped $6 per transaction. From Wood’s point of view, the idea of gas ranks among the inefficiencies Polkadot seeks to address.

Within Polkadot, we don’t have the notion of gas, we don’t have the notion of accounts or account balances…The team behind the program uploads that program. They do it as a blockchain. The program is actually a very large program that contains all of the various business logic for an application or potentially many different applications. They upload this into Polkadot, and then they pay for that blockchain, that parachain to be there by virtue of this deposit of a leasing system. Once it’s paid, it’s done. At that point, the users of this computer program never even have to know about Polkadot, they never have to know about the DOT token or anything to do with that stuff. All they care about is basically what is the business logic of this chain.

Another unique area where this concept strays from the mainstream is in the area of consensus. Unlike other methodologies that have occasionally resulted in hard forks, like Ethereum Classic, Polkadot is designed to be forkless,

Schisms in a community are, as we’ve seen in the past, they’re toxic. They ultimately lead to negativity on every side, and that is generally against the happy innovation that we see in a well-functioning community. We can actually do the best things that are caused by hard forks, which is to say, policy or protocol experiments, but we can do them at the level of parachains, and we can run them all in parallel, one in each parachain, and the ones that tend to work, we can elevate into Polkadot, the ones that don’t work so well, we can just leave these parachains or drop altogether.

This sense of experimentation to identify the best option is present in much of the logic underpinning Polkadot, including something as necessary as the rulesets that govern the system.

There is definitely that thing that we don’t know what the best one [ruleset] is. This idea that has been sold that there’s one blockchain for every application has been pushed certainly by elements of the Ethereum community. I don’t think it exists. I think Ethereum is a great chain for prototyping blockchain experiments on, but I definitely– if I were doing, for example, a supply chain infrastructure, then why would I build it in smart contracts that have to be metered, that have this really inefficient metering system?

Unlike Ethereum in the above example, Polkadot doesn’t have the same metered rigidity, which allows it to perform routine calculations and repetitive measures much more affordably. Beyond the greater flexibility, new utilities within the ecosystem will be launched throughout 2021, giving creators and developers a new form of clay to mold future blockchain applications.

Our job here is to develop Polkadot and deliver parachains and make it as efficient and stable as possible. It might be that when that’s done that we will start playing around with developing a few parachains of our own, and maybe developing some of the core technology on parachains, but basically, our job is to deliver Polkadot as an application platform.

Wood’s outlook about the ecosystem’s potential is potently enthusiastic, with his hope of boldly repositioning the blockchain innovation landscape.

It’s a wonderful ecosystem of…about 340 projects and counting that are developing the layer-ones, these platforms. Polkadot is a platform of platform, or platforms themselves that are providing the infrastructure for doing things like decentralized finance and supply chain and registry tracking, NFT’s and all this crazy unimaginable stuff.

You can watch the full interview here

Have you had the opportunity to develop on Polkadot? Tell us about it in the comments section below.