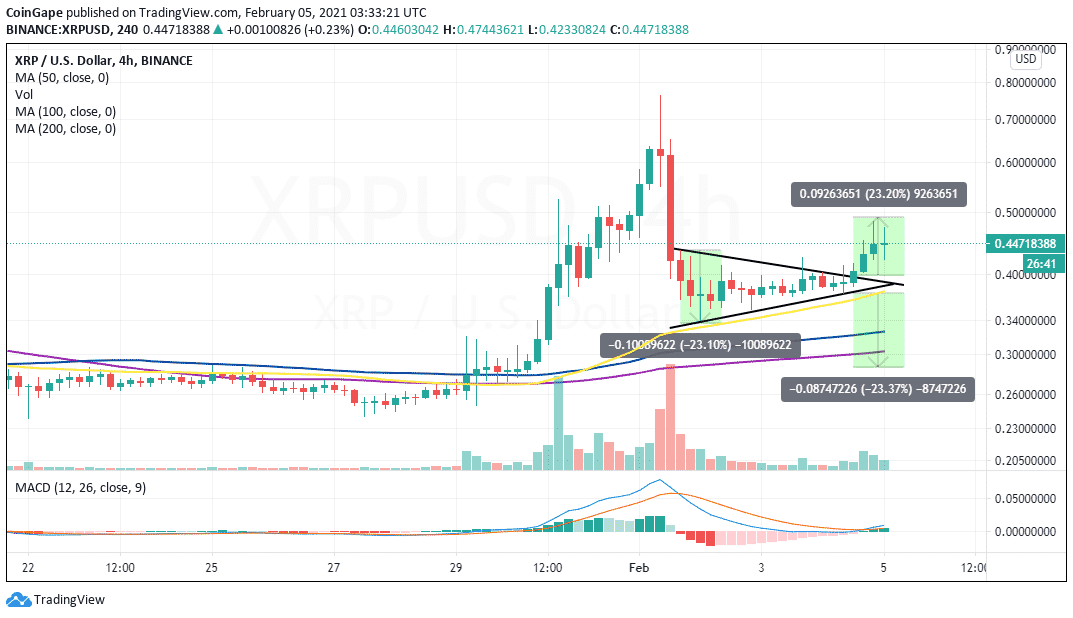 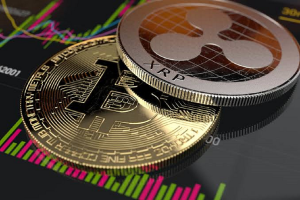 Ripple has been keen on recovering from the dive earlier this week. Support at $0.35 played an important role in ensuring that further losses were stopped. The 50 Simple Moving Average on the 4-hour chart also provided the much-needed anchorage to turn the tables around.

At the time of writing, XRP is trading at $0.44 while bulls fight to remove the resistance at $0.45. Settling above this critical level could help buyers shift their attention to higher levels at $0.55.

Meanwhile, the bullish momentum seems to have been supported by the Moving Average Convergence Divergence (MACD). Following the massive drop from $0.75, the MACD settled above the mean line.

This indicator follows the trend of an asset and measures its momentum. The MACD can be used to identify selling and buying positions. For instance, one can buy when the MACD line (blue) crosses above the signal line. On the other hand, you can sell the top when the MACD line crosses below the same signal line as illustrated on the chart.

As the MACD line increases the divergence above the signal line, XRP is likely to catch momentum. In addition to settling above $0.45 (immediate resistance), the next target at $0.55 may be achieved. The 50 SMA is also reinforcing the bullish outlook as it widens the gap above the 100 SMA and the 200 SMA.

On the other hand, losses may come into the picture, sabotaging the anticipated move to $0.55 in the near term resistance at $0.45 remains unbroken. A correction from the current price level would retest the 50 SMA support. Depending on the downward force, Ripple may well revisit $0.35 and $0.3, respectively.

The post Ripple Price Analysis: XRP must flip this crucial resistance for a massive move toward $1 appeared first on Coingape.