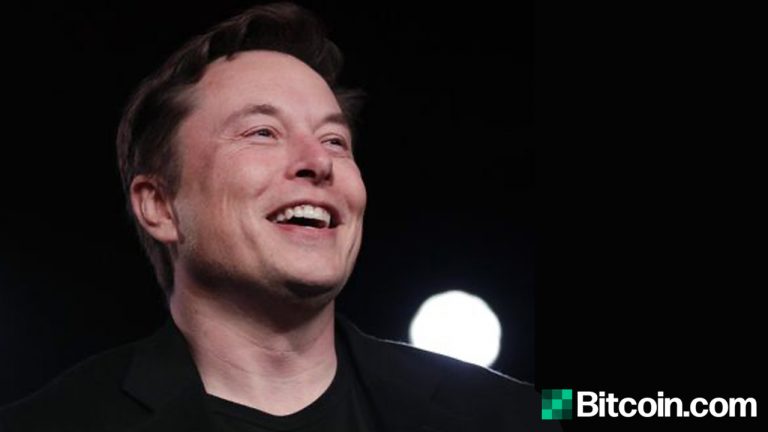 Elon Musk has tweeted that dogecoin is people’s crypto shortly after the billionaire pledged to go off the social media platform for while. Incidentally, the token, which traded at $0.0411 on February 3, surged to $0.0588 just as Musk was tweeting. 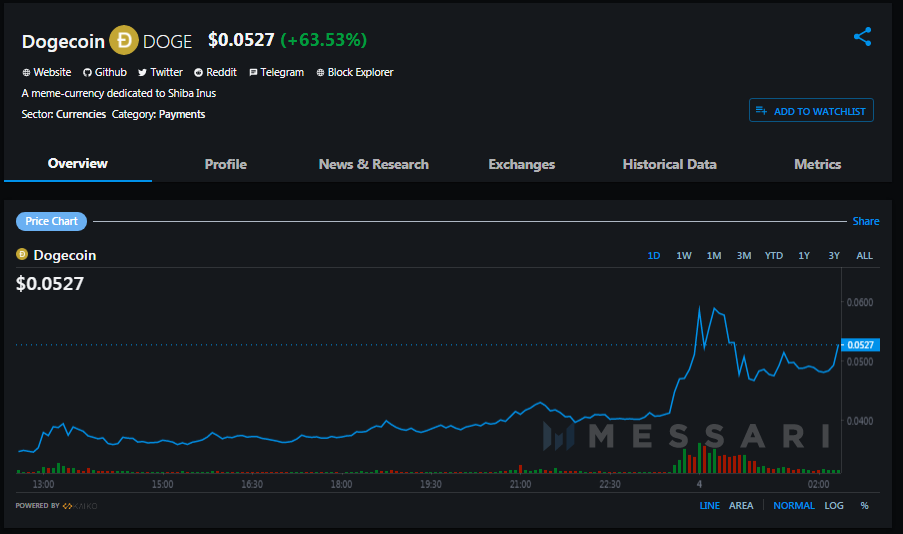 However, at the time of writing, the token appeared to have retreated to $0.0541, a price which is still 60% higher than that of February 3. Following Musk’s previous tweets about the token, dogecoin’s price surged to an all-time high (ATH) of $0.0791, according to Messari data. At the time of writing, the token is still up by more than 400% in the week while its market capitalization stands at $6.74 billion.

Similarly, when Musk amended his Twitter account bio to include bitcoin, the crypto’s value surged by more than 20% in a few hours. 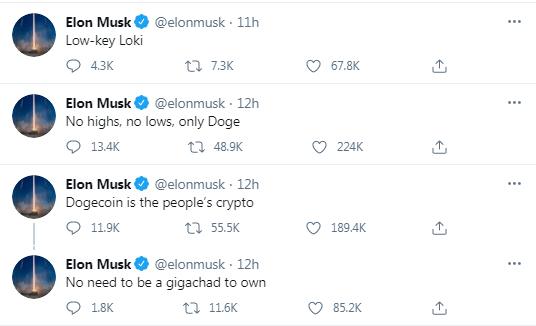 Meanwhile, not everyone is impressed with the billionaire’s tweets that have ranged from pumping the dogecoin token to supporting Wallstreetbets traders.

Some analysts have accused Musk of deliberately tweeting about certain stocks and crypto assets for his and his friends’ benefit. Consequently, others want now regulators to get involved after alleging that Musk’s market-moving tweets are hurting ‘the little guy.’ Some Twitter users believe this is what may have prompted Musk, one of the world’s richest person, to announce that he was going off Twitter.

However, since ending his brief self-imposed exile from Twitter, Musk has talked up the dogecoin in at least five tweets. On Twitter, some users thanked Musk for helping them profit the token while others asked if he could do the same for other tokens. Still, others like one Twitter user, Poison joked that he had incurred losses “because I listened to you man.”

What do you think of Musk’s tweets about dogecoin? You can share your thoughts in the comments section below.