Analysis Shows Bitcoin Whales Are Stockpiling, but ‘BTC Ownership Is Not Highly Concentrated’ 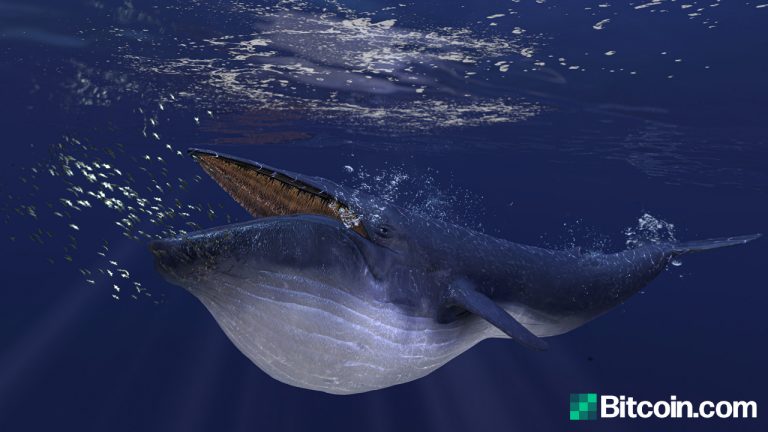 During the last few months, a few reports from mainstream media (MSM) outlets tried to prove that a large sum of bitcoin is controlled by a small group of people. Recently, Bloomberg claimed that “2% of accounts control 95% of all bitcoin,” a claim that doesn’t hold weight to onchain analysts. On Tuesday, Glassnode researcher Rafael Schultze-Kraft’s latest report refutes this claim by MSM, stressing that bitcoin ownership is not highly concentrated.

Shrimps to Humpbacks: The Ocean of Bitcoin Entities

The reporters usually leverage the ‘Bitcoin Rich List’ stemming from the web portal Bitinfocharts, a page that shows BTC addresses with the largest holdings. Glassnode researcher Rafael Schultze-Kraft has debunked this theory, as others have in the past, by explaining that “bitcoin ownership is not highly concentrated” but also adds that “whales are accumulating.”

Schultze-Kraft says that the issue with reports like the one published by Bloomberg is that these journalists simply comb the distribution of bitcoin across the network’s addresses. “This leads to misleading statistics, which result in false narratives around BTC ownership among stakeholders,” the researcher’s report notes. Highlighting the fact that not all bitcoin addresses are equal and bitcoin addresses should not be considered an “account.”

“We analyze the distribution of bitcoin across network participants, and show that BTC ownership disperses over time and is much less concentrated than often reported,” the Glassnode analyst said. “Meanwhile, BTC supply held by whales has recently increased, suggesting institutional investors are entering,” the researcher added. The report separates the network entities into specific marine species names including: “shrimps (5,000 BTC).”

Conclusion: ‘2% of Network Entities Control 71.5% of All Bitcoin’

Miners have 9.7% while exchanges have 12.7% and 1,000 to 5,000 BTC whales category makeup 18.4% of the bitcoin supply distribution. “On the large end of the spectrum, whales and humpbacks are the biggest non-exchange entities that together control around 31% of the bitcoin supply. These are most likely institutions, funds, custodians, OTC desks, and other high net worth individuals,” Schultze-Kraft emphasizes.

On the other hand, smaller entities holding up 50 BTC each (shrimp, crab, and octopus) control almost 23% of the supply. This shows that a substantial amount of bitcoins are in the hands of retail investors.

One particular figure in the Glassnode study shows the crypto asset’s supply distribution across entities over time. “In particular, it becomes apparent that the (relative) amount of BTC held by smaller entities has been growing over the course of Bitcoin’s lifetime,” Schultze-Kraft adds. After a number of other figures and charts, the report highlights the misleading and unfactual claims made by Bloomberg’s financial contributor Olga Kharif.

“We can derive that around 2% of network entities control 71.5% of all bitcoin,” Schultze-Kraft’s report concludes. “Note that this figure is substantially different from the often propagated ‘2% control 95% of the supply.’”