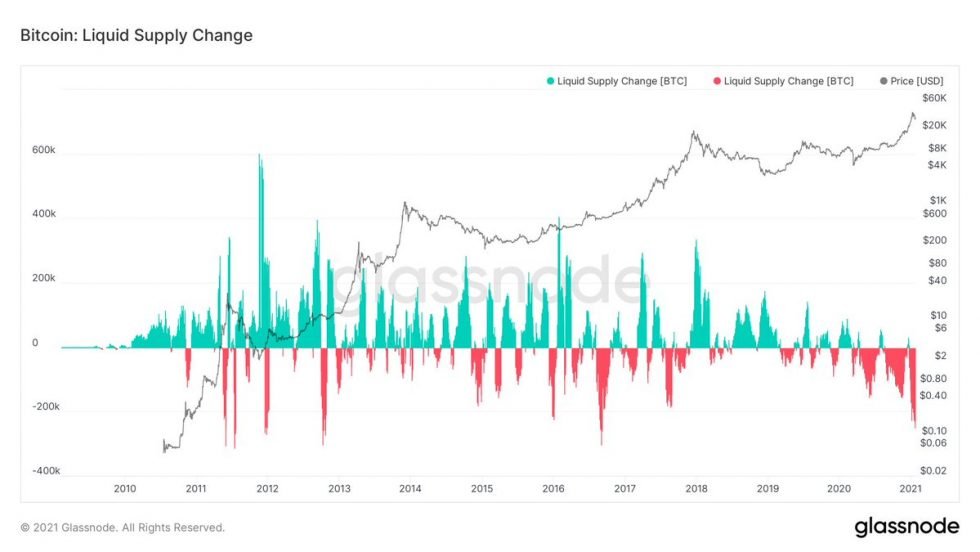 A technical bias conflict in the Bitcoin market is looking to influential on-chain indicators for cues—and most of them are favoring bulls.

Leisl Eichholz, an analyst at blockchain analytics platform Glassnode, listed a flurry of upside cues for Bitcoin, including a so-called Stablecoin Supply Ratio (SSR) that signals a rally ahead in the cryptocurrency market. In retrospect, SSR is the ratio between the Bitcoin supply and the supply of stablecoins denoted in BTC.

Glassnode notes that if the SSR is low, the current stablecoin has more buying power to buy Bitcoin. Conversely, a high SSR reading reflects a brewing selling pressure in the Bitcoin market.

“BTC’s SSR has been declining in 2021 as more stablecoins are minted,” noted Ms. Eichholz in her weekly note to clients. “When SSR is low, this means that there is a large supply of stablecoins relative to BTC, which indicates more buying power ready to flow into BTC and other assets.” 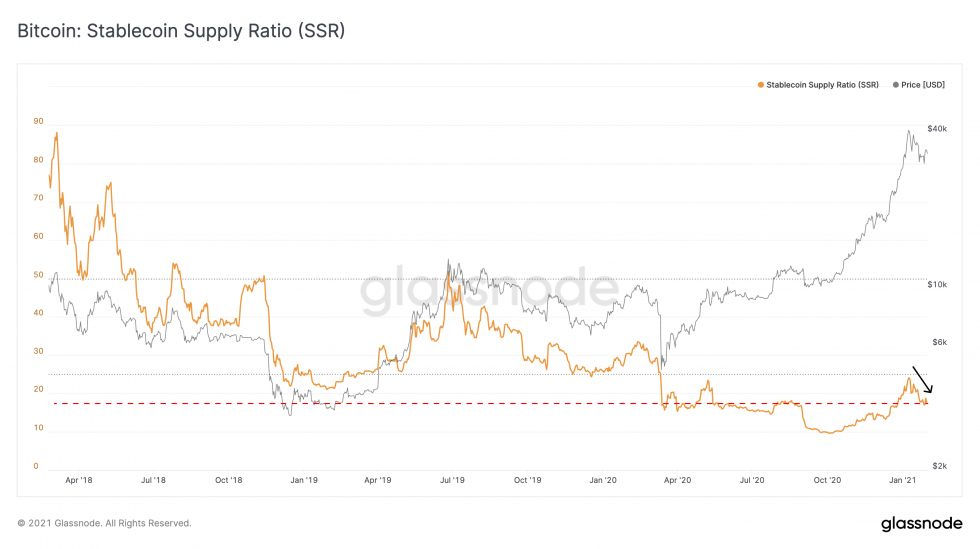 The statements also appeared as journalists put more questions over the credibility of Tether’s USDT, a stablecoin that covers around 80 percent of total Bitcoin trades across all the exchanges.  Its supply cap recently passed the $26 billion mark, which should mean that iFinex—Tether’s parent company—must be holding $26 billion in their accounts to maintain its dollar peg.

Nevertheless, the firm so far has avoided third-party audits. It remains embroiled in a legal controversy with the New York’s Attorney Journal for allegedly mishandling customers’ funds and not backing its USDT supply with actual dollars.

“No government agency is overseeing Tether and making sure they behave properly, which is why Tether and its sister company Bitfinex have been for years doing whatever they want,” wrote independent journalist Amy Castor. 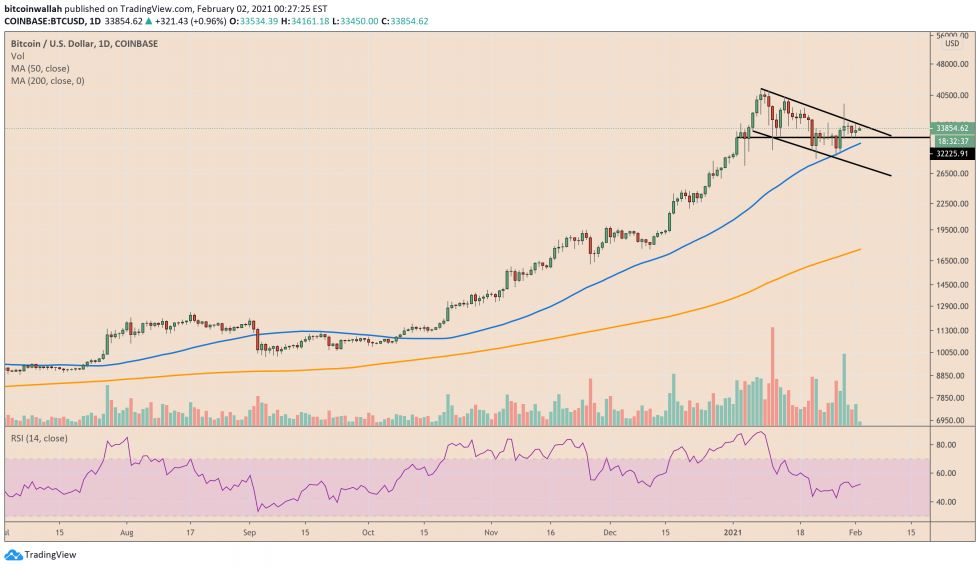 Bitcoin is consolidating above $30,000-33,000 area for more than a week. Source: BTCUSD on TradingView.com

But Bitcoin bulls have so far ignored the Tether controversy. The stablecoin continues to get traction across exchanges for simplifying and accelerating trades. That somewhat supports the Glassnode’s SSR indicator for predicting the next trend. A lot of USDT—backed or not—is sitting at the sidelines to enter the Bitcoin market.

“Many of these newly minted stablecoins are being deposited onto exchanges, meaning that they are highly liquid and ready to buy up assets such as BTC,” stated Ms. Eichholz.

Other on-chain indicators available at Glassnode shows Bitcoin in a healthy state. They include a tool that tracks BTC balances across the cryptocurrency exchanges. A higher reading shows that more traders are depositing their BTC units to sell them later. Conversely, a lower reading reflects the so-called HODLing sentiment, a meme version of the word “hold.”

“A Bitcoin giga-pump is incoming,” said an independent analyst on Twitter. “Exchanges are facing a Bitcoin liquidity crisis they haven’t seen since the price was $500, they’re running out of supply in their holdings while demand rises.”