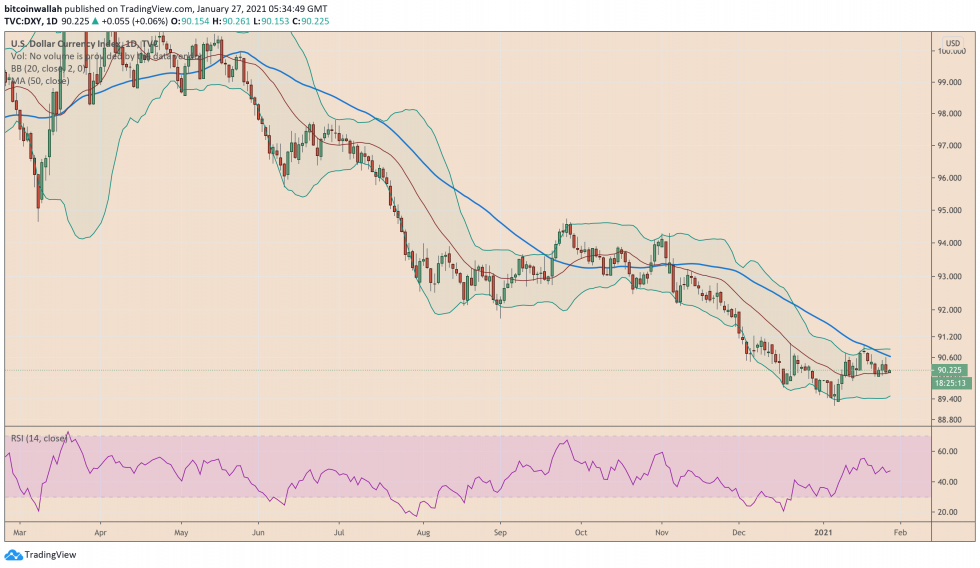 Bitcoin prices edged lower on Wednesday, pressured by a stronger US dollar, as markets awaited the US Federal Reserve’s monetary policy outlook and progress around a stimulus deal. 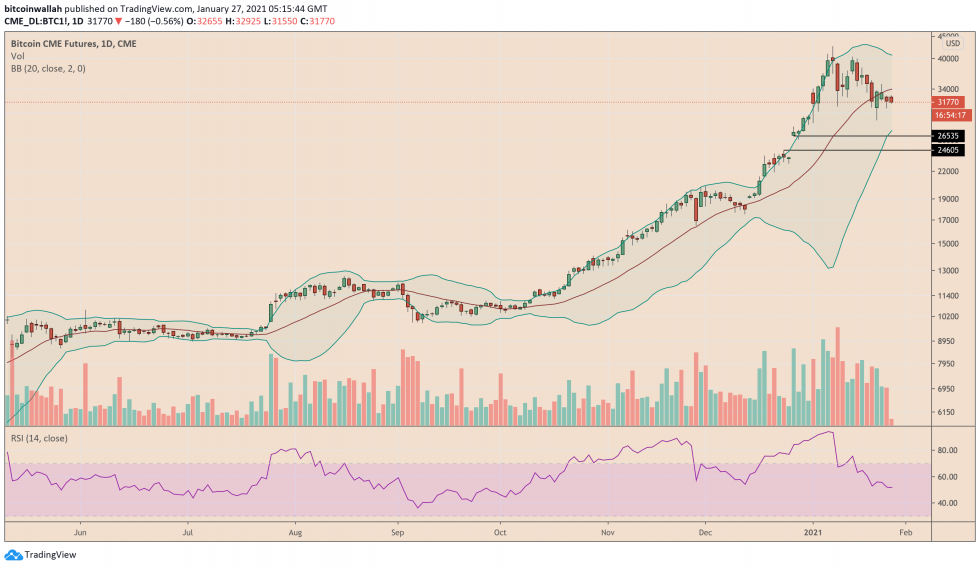 The US Dollar’s Retracement

The losses across the Bitcoin markets appeared in the wake of an intraday US dollar rebound. The greenback surged by a modest 0.07 percent during the Asian trading session, hitting a session high of 90.261, following its bounce off 21-day simple moving average support wave.

Bitcoin trades inversely to the dollar—barring short-term gyrations that often see both the assets move in sync.

The flagship cryptocurrency draws its bullish narratives from a declining greenback, underscoring that a boom in debt monetization would lead to its debasement. So anyone who wishes to preserve their cash-oriented wealth will want to move their capital to a store-of-value asset. Bitcoin tends to offer just that, with its “digital gold” narrative.

US Dollar Index tests 21-DMA as support ahead of Fed meeting. Source: DXY on TradingView.com

Technical analysts note that the dollar faces downside pressure from its 50-day simple moving average. They also note that traders would take further cues from the Federal Open Market Committee’s (FOMC) meeting on Wednesday. If the US central banking committee remains dovish, it may prompt the dollar to break below its 21-DMA support.

What It Means for Bitcoin

Nick, the founder of Ecoinometrics, stresses that Bitcoin’s short-term bearish corrections do not matter as long as the Fed’s policies maintain its long-term bullish outlook. In a newsletter published Wednesday, the analyst projected a flurry of policies that tend to push the cryptocurrency upwards, including a ballooning Federal debt, negative-yielding bonds, and others.

“Keeping bond yields low while trying to get some CPI inflation means that we’ll get negative real rates for a while,” he wrote. “In the past, those conditions have helped create gold bull markets. As Bitcoin is increasingly seen as a store of value by institutional investors, it could benefit from the same dynamic.”

The analogy bases its bullishness on the condition that the Fed keeps its expansionary policy intact after its Wednesday meeting. That includes purchasing at least $120 billion of debt per month amid a near-zero interest rate environment. Economists believe the US central bank won’t taper its program.