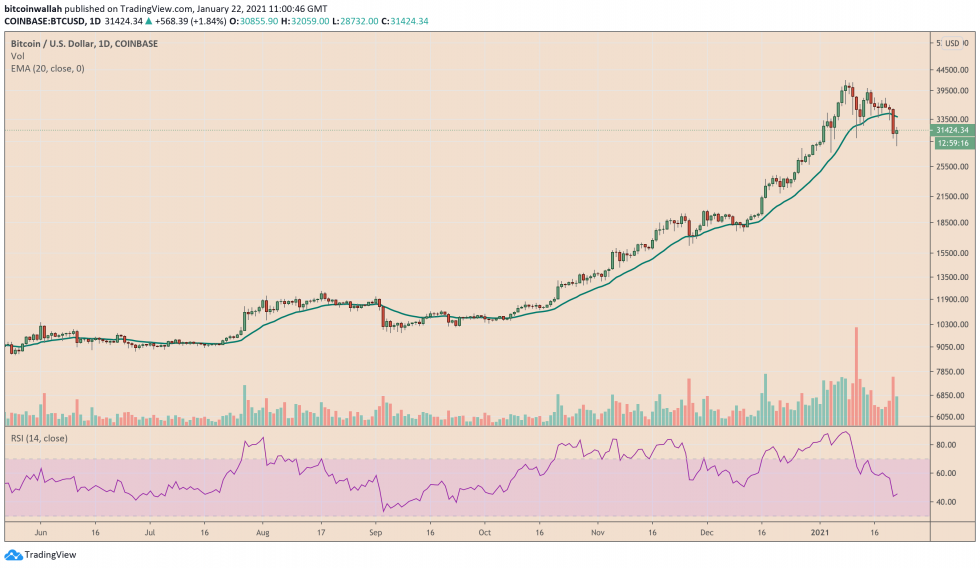 An otherwise decentralized cryptocurrency, Bitcoin, might have become a victim of a centrally orchestrated price dumping attempt. 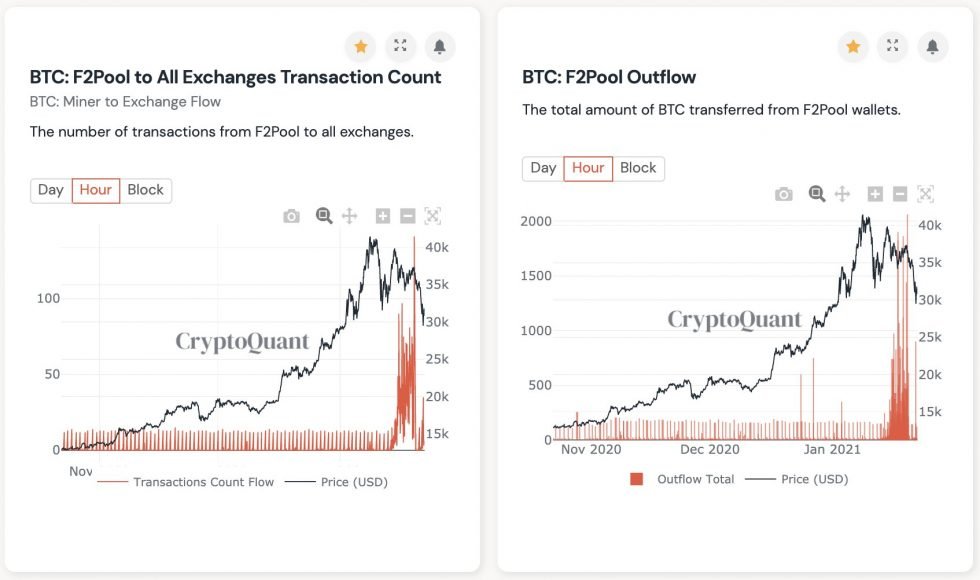 Bitcoin outflow from F2Pool to all exchanges. Source: CryptoQuant

CryptoQuant CEO Ki-Young Ju listed a series of bearish alerts he received when Bitcoin started plunging on early Friday. As per the data he provided, the Miners’ Position Index went above 2.5, reflecting growth in Bitcoin units that miners moved from their wallets. Meanwhile, the CryptoQuant’s All Exchange Bitcoin Transaction Count Inflow surged, showing F2pool as a major BTC depositor.

Miners typically sell their BTC rewards to cover their operational costs (including electricity bills, equipment handling, and maintenance). Many of them prefer to hold a portion of their Bitcoin holdings for speculations, thereby effectively limiting the cryptocurrency’s supply from entering the retail markers. That, in turn, acts as an indicator to determine Bitcoin’s short-term bias.

Bitcoin was down about 32 percent from its record high near $42,000. Source: BTCUSD on TradingView.com

It was not clear why F2Pool decided to mass-dump their BTC holdings at this time of press. However, given its massive influence over the Bitcoin mining space, CryptoQuant deduced the mining pool’s act as the main catalyst that slumped its price from $35,498 to $28,732 in just 24 hours.

The BTC/USD exchange rate’s plunge below $30,000 was brief. Traders and investors quickly utilized the opportunity to purchase Bitcoin at cheaper rates, further validating the cryptocurrency’s long-term bullish narrative that has already pushed its price higher by more than 1,000 percent since March.

For instance, New York-based cryptocurrency investment firm Grayscale Investments purchased more than $600 million worth of BTC this week, especially as the price was heading lower. That amounted to possibilities of incredible support levels between $30,000 and $35,000.