New Highs Inbound: Ethereum is About to See an Explosive Rally Against BTC 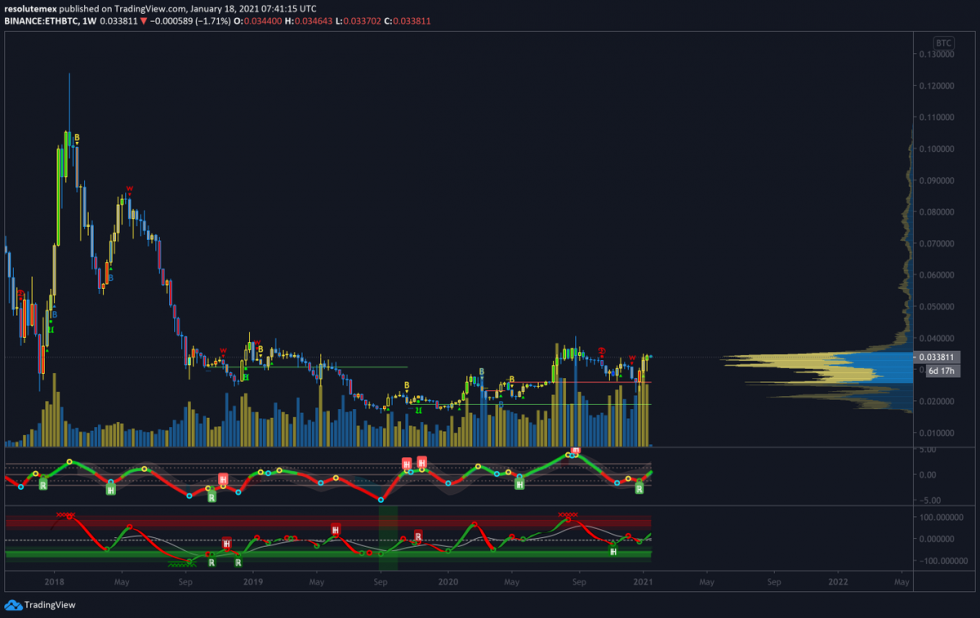 Ethereum has been struggling to break free of Bitcoin’s grasp, which has caused it to see some relative consolidation throughout the past couple of weeks.

It currently faces some resistance between $1,250 and $1,300, just a hair above where it is trading.

Much like BTC, Ethereum dips have all been aggressively absorbed by buyers, which is a positive sign.

One trader is now watching for ETH to see massive upside against both BTC and USD in the near-term, noting that it is on the cusp of breaking a few key levels.

At the time of writing, Ethereum is trading up just over 1% at its current price of $1,240. This is around where it has been trading throughout the past couple of days.

The resistance just above its current price at $1,250 is intense, as it has been hampering the cryptocurrency’s growth over the past few days and weeks.

Breaking this level will open the gates for a test of $1,300, which is another key level that should be closely watched in the near-term.

One analyst mused the possibility that Ethereum will soon break free from its BTC correlation and rally higher.

He notes that the cryptocurrency’s “shackles” are soon to be released, which could lead it to see some serious upside in the mid-term.

“ETH: I’m sure if Eth wasn’t as tied to BTC as it is (due to being #1 and #2) It would have printed ATH USD a while ago. However, I think it’s shackles are soon to be released and the BTC pair looks very strong. BTC must prepare to be ratio’d.”

The coming few days should shine a light on where the market will trend in the mid-term, as any Bitcoin weakness could contribute to that of Ethereum and hamper its growth.