Bitcoin Will Not Go Down Below $28,000, Asserts On-Chain Analyst 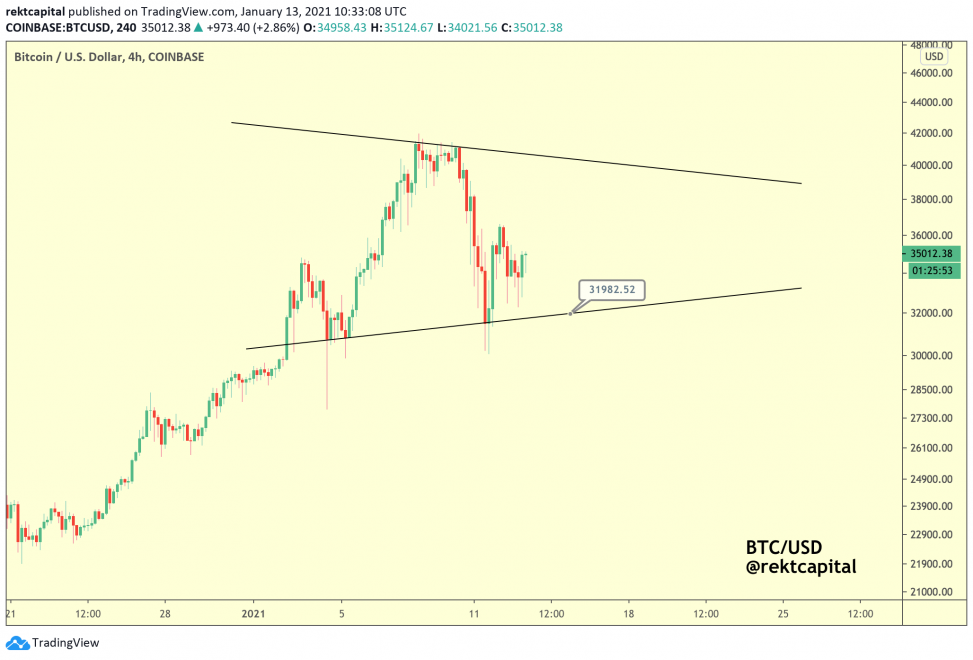 A strong downside correction in the Bitcoin market seen earlier this week is threatening to become a full-fledged bear trend as BTC/USD struggles to move past certain technical resistances.

Many traders agree that the pair could continue its move lower, forming a potential Head and Shoulder pattern, a bearish reversal structure. As Bitcoinist covered here, the pattern’s technical downside target is below $20,000, a move that would take Bitcoin down by more than 50 percent from its record high near $42,000 established on January 8. 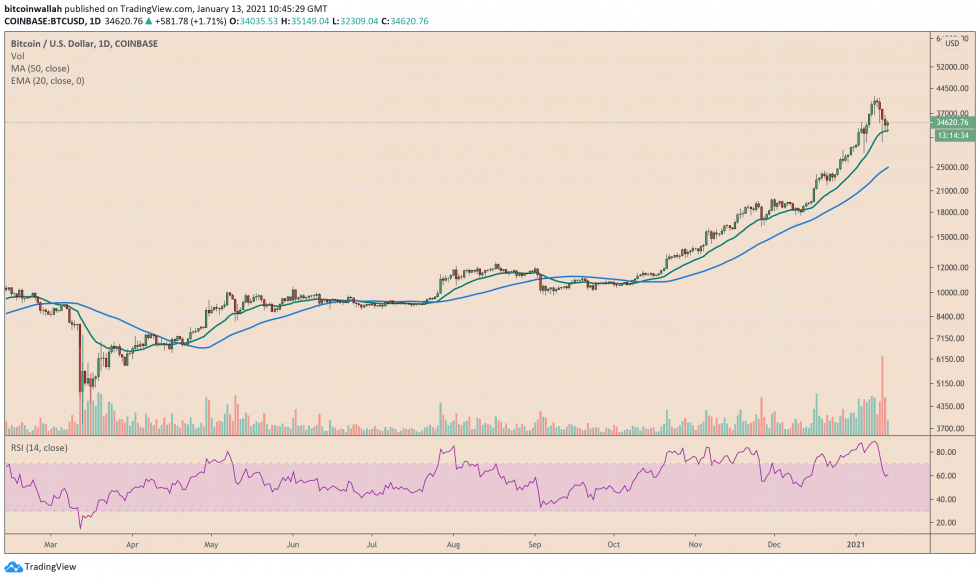 Bitcoin struggles to move past $35,000. Source: BTCUSD on TradingView.com

Other potential bearish indicators come from the macroeconomic landscape. The brighter US growth prospects challenged assumptions about a longer US dollar bear market. After finishing 2020 down by 6.76 percent, the greenback recovered by 1.2 percent in the first week of 2021, forcing analysts to rethink their long-term bearish bias.

That stopped the Bitcoin bull run midway also as traders decided to secure their profits at local tops. Now, a deeper price correction is witnessing limited over-the-counter deals, minimal stablecoin inflow into exchanges, and an increase in miners-led sell-off—all pointing to a bearish continuation in the Bitcoin market. 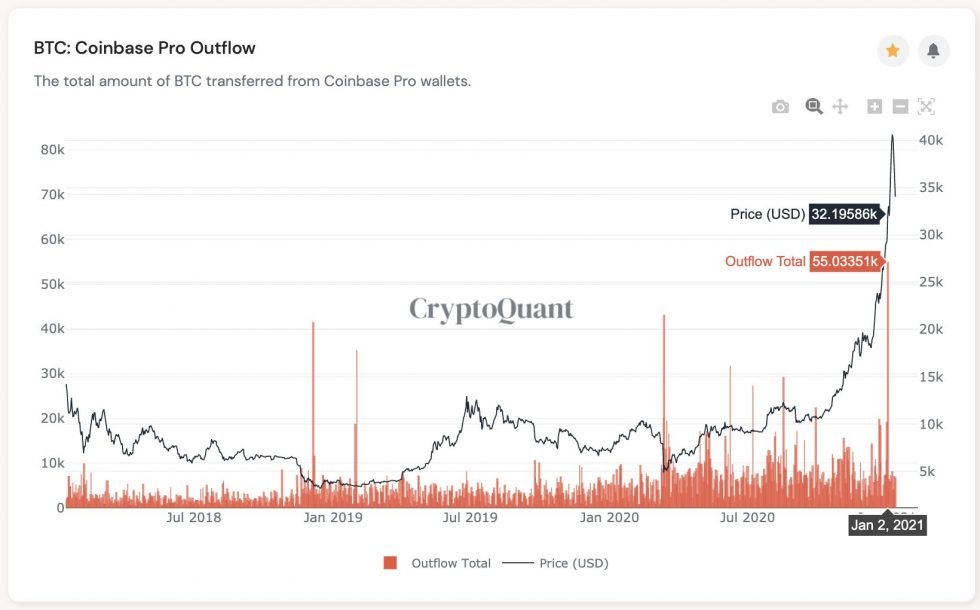 However, one analyst believes that is not the case.

Ki-Young Ju, the chief executive officer at CryptoQuant — a blockchain analytics firm in South Korea, asserted that the BTC/USD exchange rate would not fall below $28,000.

“There are many institutional investors who bought BTC at the 30-32k level,” Mr. Ju said. “The Coinbase outflow on Jan 2nd was a three-year high. Speculative guess, but if these guys are behind this bull-run, they’ll protect the 30k level. Even if we have a dip, it won’t go down below 28k.”

More seasoned analysts support a potential Bitcoin price pullback as the cryptocurrency traded 16 percent higher from its local low near $30,000.

“Bitcoin isn’t going any lower than $32,000 as long as the uptrend line continues to hold,” the analyst stated, putting the cryptocurrency’s potential upside target near the downtrend line—that is above its previous record high near $42,000.