3 Bold US Dollar Predictions That Are Extremely Bullish for Bitcoin 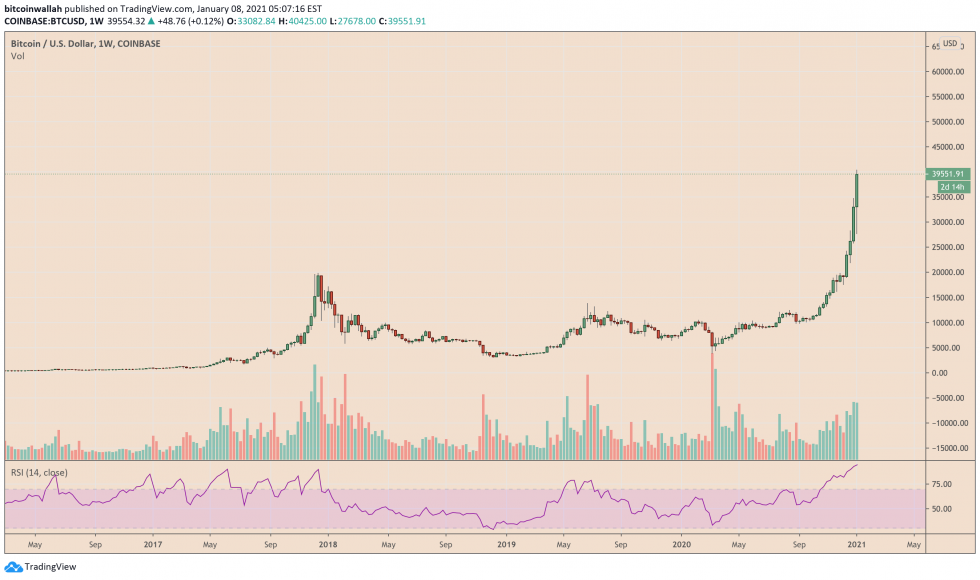 The US dollar expects to continue its bearish trend into 2021 as Democrats gain control over Congress following a clean blue sweep in this week’s run-off elections in Georgia.

Meanwhile, Bitcoin, a cryptocurrency that trades inversely to the greenback, has established fresh record highs above $40,000, more than double its December 2017 peak. Many observers agree that it would fare well against the dollar in 2021, given its supposed ability to handle inflation caused by the US government’s expansive fiscal stimulus to people.

“It does make some sense to me,” former Fed Governor Kevin Warsh told CNBC on Bitcoin‘s bull run. “The dollar is weakening, and after the elections overnight, I’d look for the dollar to continue to weaken against a large basket of currencies.” 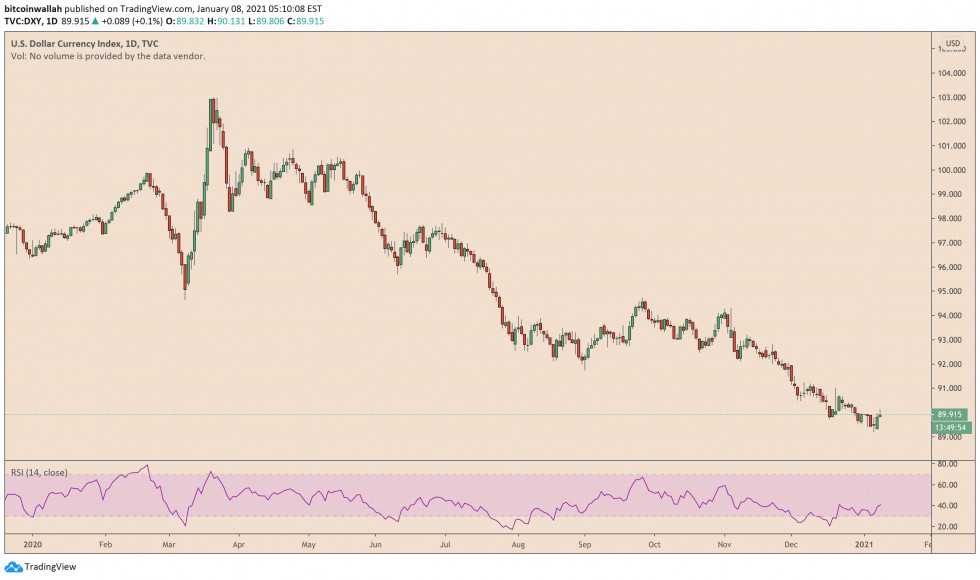 US Dollar is pursuing a deeper downtrend in 2021. Source: DXY on TradingView.com

The narrative goes like this: Bitcoin comes with a pre-defined supply cap of 21 million, with its supply rate depreciable by half after every four years. Meanwhile, the US dollar has no definite supply cap. The Federal Reserve can print it indefinitely, effectively reducing its purchasing power in the long run. Assets like Bitcoin tends to protect investors from fiat depreciation.

In 2020, Bitcoin’s anti-dollar narrative picked momentum in the institutional circles.

As the US government boosted spendings to aid people through the coronavirus pandemic, and the Fed reduced its benchmark lending rate to near-zero, the dollar collapsed by more than 12 percent from its yearly high. That prompted investors to move their cash reserves into Bitcoin, which closed the year just shy of 300 percent higher.

Bitcoin performance from its mid-March nadir. Source: BTCUSD on TradingView.com

The year 2021 spells a similar outlook for both the dollar and Bitcoin. Mr. Biden’s win this week has left mainstream analysts more bearish on the greenback. The President-elect hopes to increase the $900 billion stimulus package, feeding up expectations of more inflation.

A clean blue sweep of Congress is “clear negative for the dollar and reinforces our view of a further depreciation in 2021,” Derek Halpenny, head of research for Emea global markets at MUFG Bank, told FT, adding that they now expect the greenback to decline more than their previous estimates.

Meanwhile, the Fed wants to keep rates near zero for years to come—or until they push the inflation above 2 percent. That also includes their commitment to purchase $120 billion worth of government and corporate debts every month. It means more pressure on the US dollar.

The bearish bias expects to intensify also as foreign currencies do better amid a global economic recovery. At Goldman Sachs, analysts say that investors’ demand for non-US assets would depreciate the dollar by at least 5 percent from its current levels.

“The dollar remains close to its cycle high with ample room for a multiyear downward trend,” noted Gurpreet Gill, a strategist at Goldman Sachs Asset Management.

All and all, Bitcoin expects to benefit from the dollar downtrend as it has done since March.

Institutional investors like Paul Tudor Jones, Scott Minerd, and Stan Druckenmiller have already allocated a portion of their billion-dollar portfolios to the cryptocurrency. Meanwhile, corporate houses such as MicroStrategy, MassMutual, Ruffer Investments, and Square have purchased Bitcoin against their cash reserves risks.